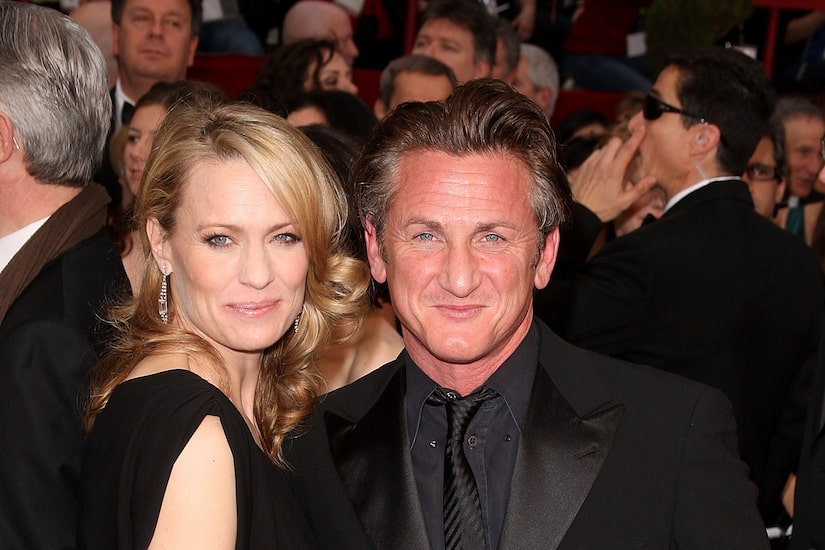 Sean Penn and Robin Wright called it quits in 2010, but they reunited for the first time in years!

Over the weekend, the two were seen together at LAX airport in photos obtained by Page Six.

In the photo, Sean and Robin were photographed going up an escalator. She opted for a black turtleneck sweater and jeans, while Sean wore a black jacket, grey tee, and khaki cargo pants.

The photos come just months after Wright filed for divorce from husband Clément Giraudet after four years of marriage.

Could Sean and Robin be rekindling their relationship?

In 2014, Wright opened up about their divorce, telling U.K.’s Telegraph, “Divorce in and of itself, and with children, is devastating. Worst than that. One of the reasons why we got back together and broke up so much was trying to keep the family together. If you’ve got kids, it’s a family, and you try again, and you try again. We did that for a long time.”

Years before, Penn described Wright as a “ghost” after their split. He told Vanity Fair, “We spent all those years together. Now she’s just gone.”

In 2017, Penn revealed that he and Wright “don’t get along” during a podcast episode of “WTF with Mark Maron.” He elaborated, “We have very separate relationships with our kids at this point and it seems to work better that way because they are making their own decisions. As it turned out she and I did not share the same ethical views on parenting, including the continuing parenting of adult children.”