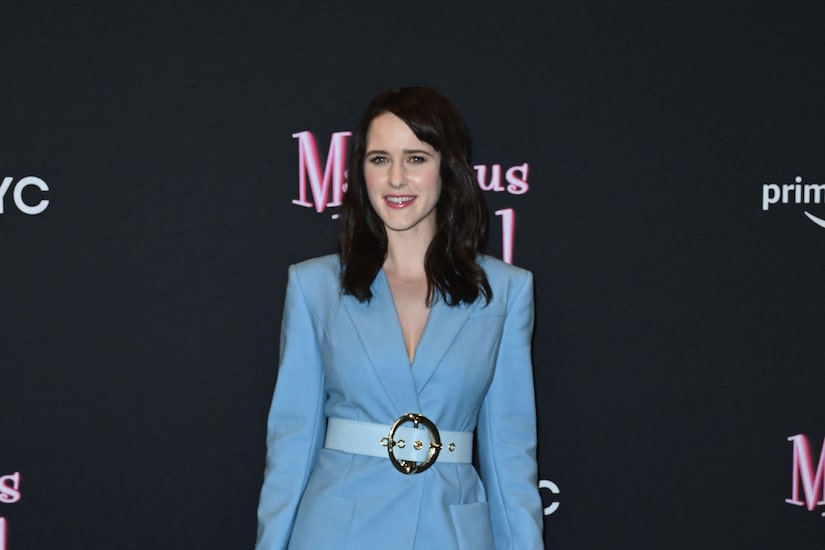 After four seasons, dozens of awards, and millions of viewers, the end is near for “The Marvelous Mrs. Maisel.”

“Extra” caught up with Rachel Brosnahan and her real-life husband Jason Ralph at a sleep-out event for Covenant House in New York, where they spilled secrets about filming the show’s fifth and final season.

Jason is now a regular on the show. While secrets about the final season are under lock and key, he did tell us that his character and Mrs. Maisel really go toe-to-toe. He teased, “We’ve never really yelled at each other before so it was really nice.”

Rachel added, “Listen, we got to yell at each other and call it a job.”

As for how “emotional” the set became as the season wrapped, Brosnahan shared, “Everyone was emotional that last day. I think Alex and Amy and I all took turns getting weepy and having to turn and walk away… I can’t imagine a more perfect way to wrap it up.”

Jason was right there at the bittersweet end. He said, “I got to be like five feet away from her as like an eyeline as she said her final lines as Marvelous Mrs. Maisel. What an honor it was to get to be there so it was very, very cool.”

Rachel quipped, “He was in my eyeline all week long. I’ve been doing this show for five seasons over six years and it was pretty special for him to get to see what I’ve been up to all this time and to play such a significant part of it for this last season.”

Reflecting on her character Miriam "Midge" Maisel, Brosnahan shared, “She felt so far away from me in almost every way but I think in some ways, we’ve grown closer together over time… I’m just hoping that I’ve absorbed a little bit of her self-confidence along the way.”

Fans of the show are hoping that the stars will take their talents from the small screen to the big screen, something Rachel is happy to do. She commented, “I’m ready, let’s go to London.”

Brosnahan asked the cast and crew to join them at the Covenant House. She stressed, “The people who call Covenant House home are the bravest people I’ve ever met and their stories are moving and inspiring.”

Ralph praised his wife for her leadership, saying, “She’s an extraordinary woman. I think Team Maisel raised over $87,000, just this year.”