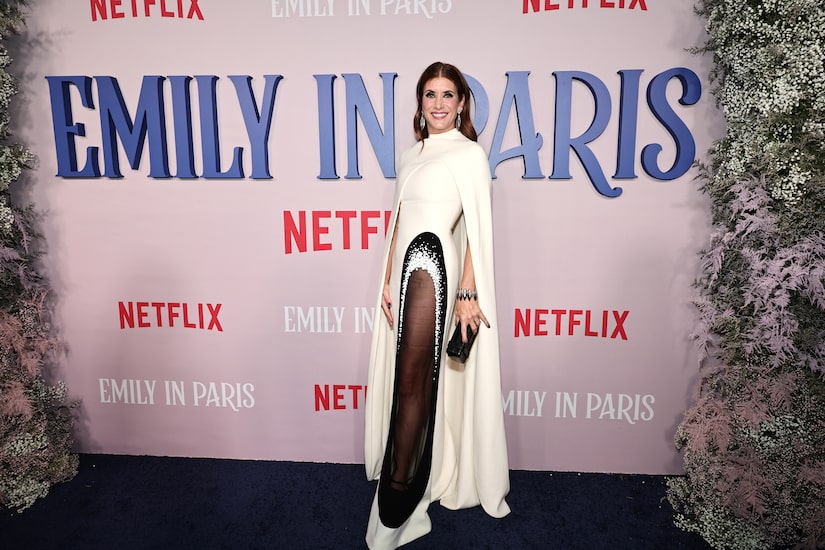 On Thursday night, Kate Walsh hit the red carpet for the NYC premiere of “Emily in Paris” Season 3!

"Extra" spoke with Kate, who dished on what to expect from her character Madeline this season, as well as Ellen Pompeo’s departure from “Grey’s Anatomy.”

Walsh admitted that she “can’t believe” that Ellen has exited the show, saying, “I don’t really believe it. I’m like, ‘We’ll see.’”

While Pompeo might not be on the show anymore, “Grey’s Anatomy” fans are getting to see more of Kate since she is returning to the show in a recurring role.

She noted, “I’m having a great time. I’m loving it. It’s incredible writing this season.”

Kate also made sure to rave about the writers for “Emily in Paris.” She said, “I felt the joy of the writers this season… I’ve been really lucky in some of the shows that I’ve done, where you’re like, ‘This is really good. I think people are gonna like it.’”

As for her character Madeline, she teased, “You see her wilder than ever. You see her trying to desperately hold on and figure out how she’s gonna get Savoir back. I think you see her… like, just trying and trying and trying in vain sometimes, but it’s really funny. They wrote a lot of great comedy. It’s a great tug of war between Sylvie and Madeline. Emily, of course, is in the middle.”

Praising her co-star Lily Collins, Kate said, “I had a blast… Most of my scenes are with Lily… It was a great partnership.”

Kate, who recently got engaged to Australian farmer Andrew Dixon, revealed whether she’s wedding planning yet.

She commented, “We’re enjoying being engaged, so that’s what we’re doing.”

Has she done any wedding shopping? Walsh answered, “I haven’t really thought about that, but I just love… Clement Lomellini, who’s been styling me for all the press for ‘Emily in Paris,’ is like next level… When you’re lucky enough to do what we do… there isn’t quite that fantasy about that one dress for a wedding.”

“Emily in Paris” is on Netflix December 21.