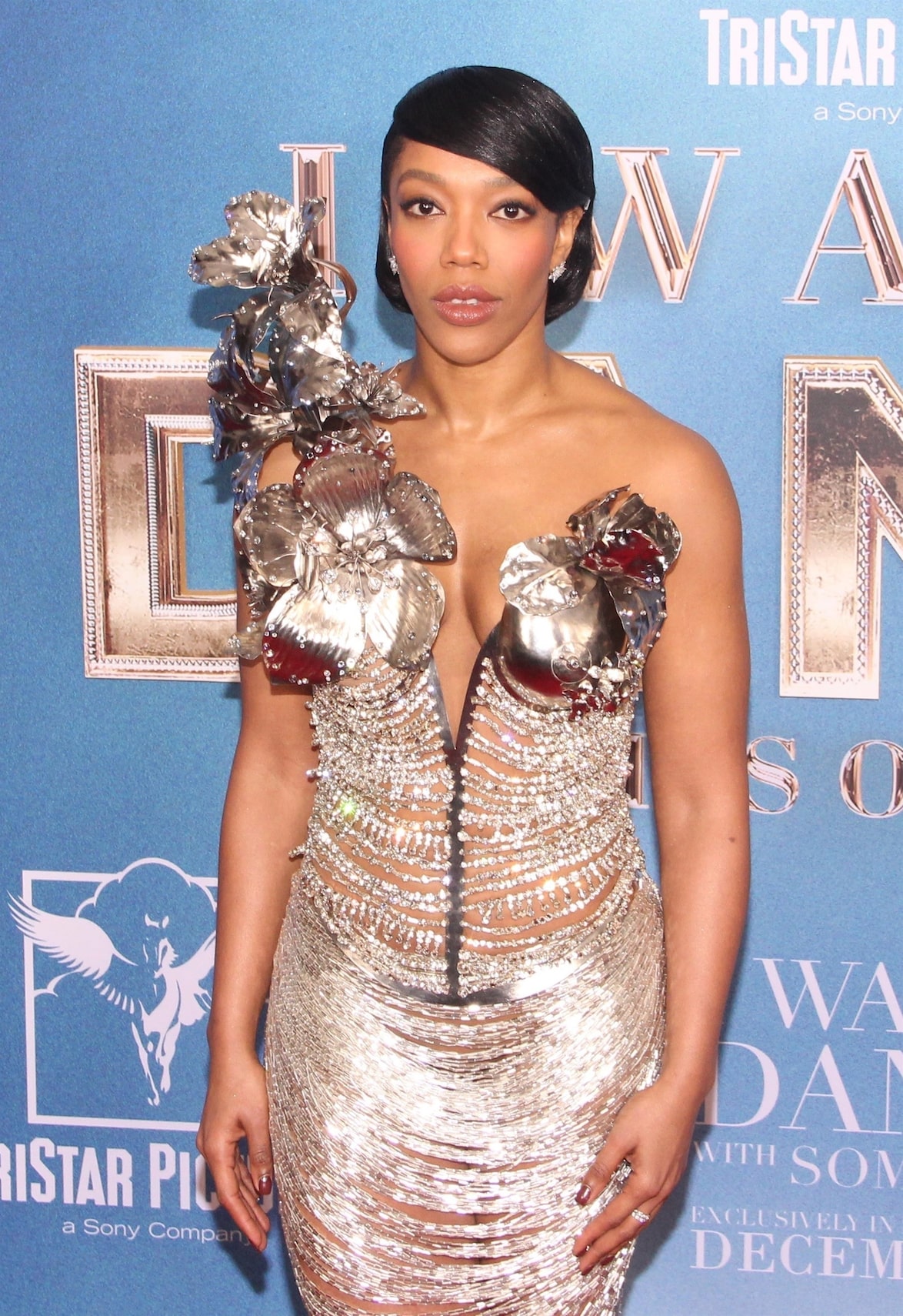 On Tuesday night, Naomi Ackie hit the New York City premiere of “I Wanna Dance with Somebody.”

“Extra’s” Carlos Greer spoke with Ackie about taking on the role of the iconic Whitney Houston.

When asked how she felt when she looked in the mirror while playing the pop icon, Naomi said, “I was constantly tweaking things, it’s a work in process. That’s what I love about acting, like you can change things as you go along and you always get to improve.”

While she felt pressure, Naomi showed some love to Whitney’s family for their love and support on the film. She said, “They had like brought me on board to do it and believed in me in that kind of way was unbelievable in itself and they just continued to reinstate that.”

She opened up about feeling Whitney’s presence while filming and shared what she hopes people take away from the biopic.

Naomi commented, “Especially when she was singing. That’s why some of the performances were my favorite to film because she was literally in the room. Hopefully that shows in the film.”

As for what she hopes people will learn from the film, Ackie answered, “She was just like us… when you strip away all the stardom and fame… she was a human being and she deserves compassion and love.”

Naomi emphasized, “Her legacy is undeniable.”

Ackie “grew up” listening to Houston’s music, adding, “I was probably about five or six and I saw her as a fairy godmother in ‘Cinderella.’”

Naomi also got emotional speaking about how her late mother encourage her to pursue acting.

“I Wanna Dance with Somebody” is out December 23.