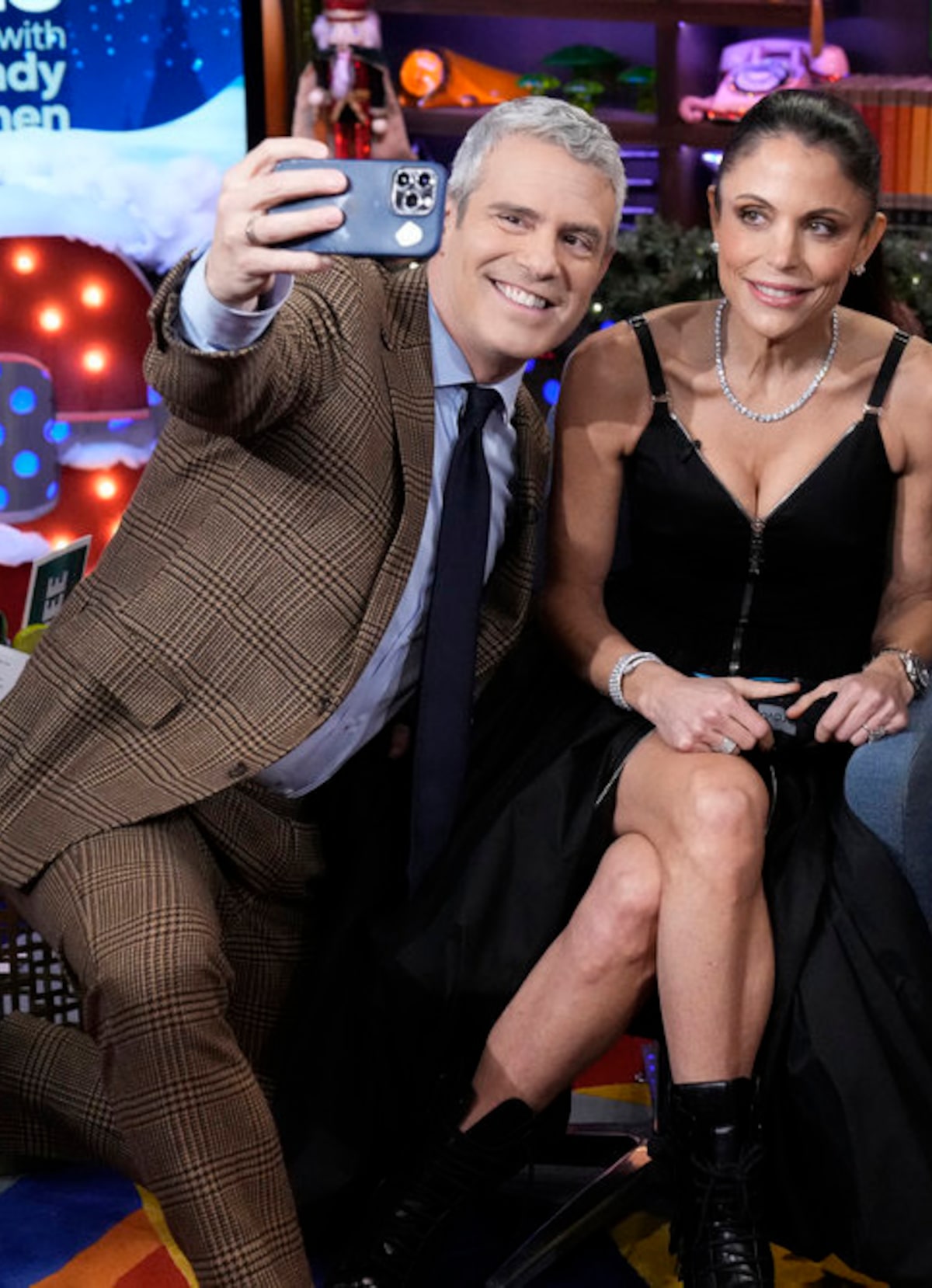 Bethenny Frankel chatted with “Extra” as she and daughter Bryn enjoyed a night out at iHeartRadio’s Z100 Jingle Ball 2022.

Bethenny reacted to some of the criticism for her new “Housewives” rewatch podcast “ReWives” and revealed she’s spoken to Andy Cohen since their clash on “Watch What Happens Live.”

Frankel took a positive approach to the criticism, saying, “It’s the best thing that could have happened because everyone’s talking about the show. Of course, people are going to say something negative about it because success breeds negativity.”

She stressed, “Let haters be motivators.”

As for her recent clash with Andy, Frankel said, “We had a long conversation yesterday… It’s good for the two of us. Like, we both always check in with each other to be like, how crazy. When we first met, he was an executive at Bravo. I was a nobody and we both are in very different positions now. We have sort of bobbed and weaved in this business, you know, interacting with each other.”

She went on, “It’s funny because he always asks me to come back to the ‘Housewives.’ What would be the difference to me talking about the ‘Housewives’? It would be as hypocritical for me to come back, so it’s ironic he’s asking me to come back to something that he’s saying is strange that I would talk about… It’s like this whole roundabout thing. It was really fun going into the show and having three days to talk about it and keep reliving it. He gets it now. We both get it, and it’s some fun conversation.”

When asked whether she would return to the franchise, Bethenny said, “I can’t really see it… I guess you never know, but for now, I’m really happy where I am.”

Bethenny also opened up about why it’s important for her to be candid about plastic surgery and calling out photo filtering.

She pointed out, “People can get plastic surgery, can get Botox, but you can’t fool people into thinking that’s real because they will die trying to achieve it. It’s dangerous emotionally, psychologically, and physically.”