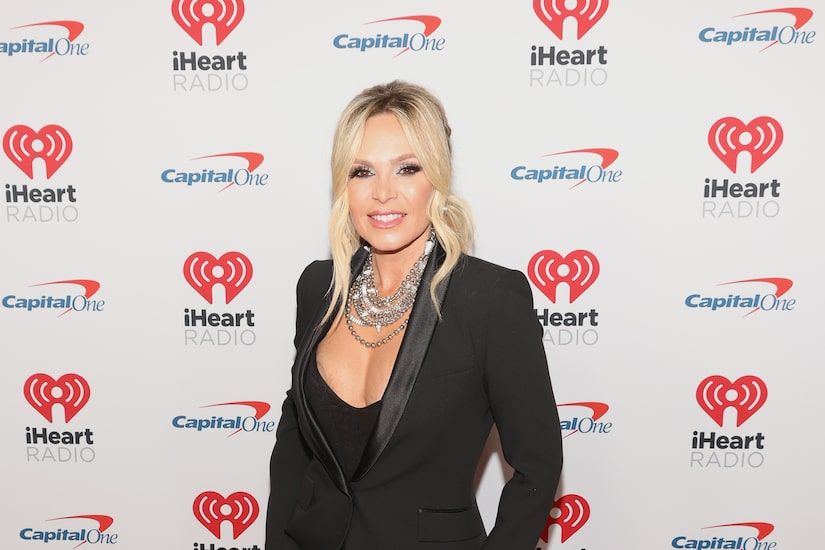 Over the weekend, “Extra” caught up with Tamra Judge at KIIS FM’s iHeartRadio Jingle Ball 2022, where she dished on her return to “The Real Housewives of Orange County”!

Tamra promised that she “stirred up a lot of sh*t,” adding, “I had a lot of built-up anger, I don’t know, I guess. Been sitting on my ass for two years.”

Judge feels “really good” to be back on the show, saying, “I felt like home, I was something I’ve done for 13 years of my life.”

Tamra admitted that fans will probably have a “love-hate” relationship with her, but she definitely keeps things “interesting.”

She also teased the “Tres Amigas” reuniting, saying, “We do not disappoint.”

Judge also discussed her new friendship with Emily Simpson, who she “loves and adores now.”

As for her friend and “Two Ts in a Pod” co-host Teddi Mellencamp’s melanoma battle, Tamra got emotional, sharing, “She now has had 10 melanoma surgeries… It’s been absolutely heartbreaking and scary. There’s so many things that have gone on, but she always puts a smile on a face. She’s the most amazing person I’ve ever met and I’m so lucky… to have her by my side.”

Switching gears, Tamra also opened up about how the holidays are “different” now that her kids are older. She said, “I only have one child at home… She’s 17… It’s a whole different thing, so Eddie and I are looking at each other going, ‘Do we go away this year?’ What do we do?’”