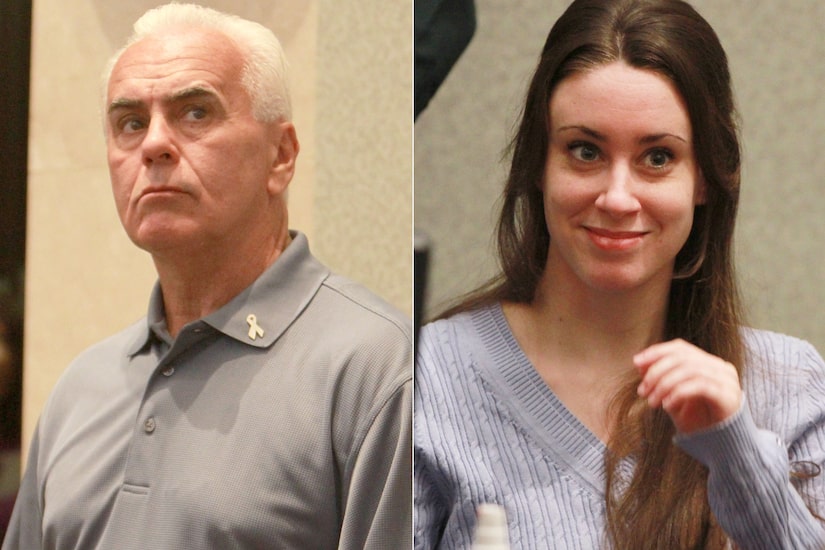 Casey Anthony is blowing the lid off the bizarre and still mysterious death of her 2-year-old daughter Caylee in the new three-part docuseries “Casey Anthony: Where the Truth Lies.”

Anthony made national news in 2008 when she was accused of killing Caylee. The girl was last seen in June 2008 and was reported missing that July. Her remains were found in a wooded area near the family home in December 2008.

Casey originally claimed Caylee accidentally drowned in the pool, and although many questions remain to this day, the jury believed her. When the case went to trial in 2011, Casey was found not guilty of first-degree murder.

At trial, Anthony had accused her father, George Anthony, and her brother of abuse, which they vehemently denied.

Now, Casey is claiming in the doc that George staged Caylee’s drowning to cover up his possible abuse of Caylee.

According to People, she makes this shocking accusation against her dad: “He’d put a pillow over my face and smother me to knock me out. That happened several times. I’m sure there were times where I was incapacitated as a child where my body was limp and lifeless.”

George has not responded to her allegations in the docuseries, but he did deny her abuse claims in court and has never been charged. He declined to comment on the Peacock docuseries.

At the time, George and his wife Cindy Anthony spoke to Chris Hansen of “Crime Watch Daily” about the trial.

Hansen pointed out, “At no time during the trial was their evidence suggesting that you had committed any sexual impropriety in any way.” George responded, “Right, because Cindy knows it didn’t happen.”

George also shared his own theory about how Caylee died. He said, “My gut feeling inside, I believe Caylee was given something and she didn’t wake up.” When Cindy asked if George thought Casey did something intentionally, he responded, “I don’t think she intentionally wanted to, but she should be in jail because of Caylee not being here.”

Casey actually reacts to the interview in the docuseries, saying, “I want to think he doesn’t have the power to hurt me anymore, but he still does, and this was years ago.”

“Casey Anthony: Where the Truth Lies” premieres today on Peacock. 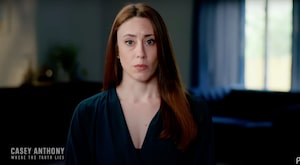 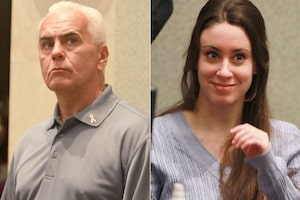