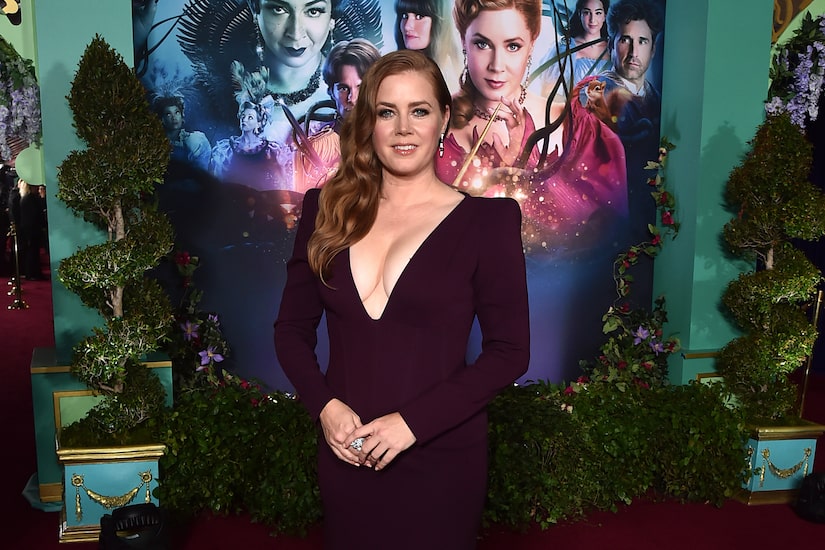 “Extra’s” Jenn Lahmers chatted with Amy Adams about how becoming a mother in the interim has changed the way she approaches the role of Giselle.

Amy commented, “Oh, it changes everything, the importance of family and the focus on family… I know that’s what Giselle’s thinking of primarily in this film and sort of how she can be the best for her family. That’s something I identify with.”

She also spilled on what a fairy-tale day would look like for her. Amy was all for a “chill” day, saying, “First off… someone brings me coffee in bed and then I don’t move, just food, coffee… we all watch a movie, dog, husband, daughter.”

Amy also recalled being pregnant at the same time as her co-star Maya Rudolph when they first met, saying, “She was further along, I was just early days pregnancy.”

While Amy didn’t tell anyone but her family, Maya just “knew.”

"Disenchanted" is on Disney+ November 18.