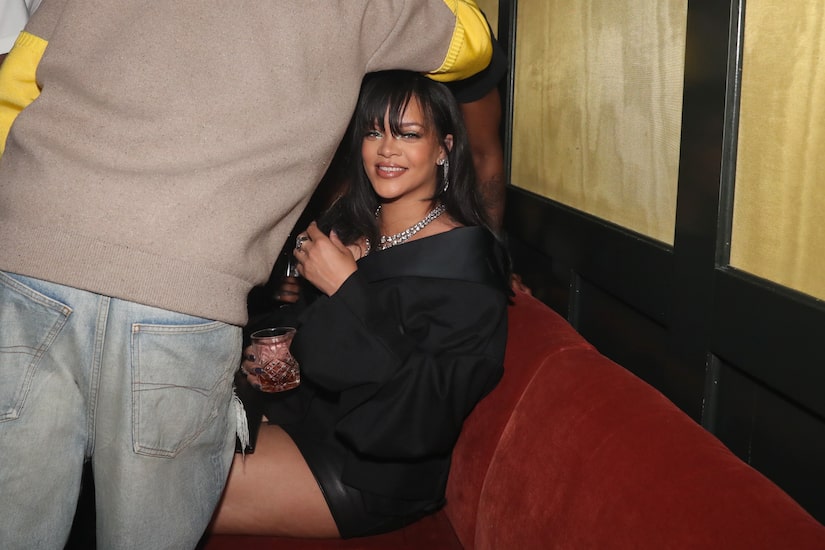 Rihanna was back on the red carpet just five months after welcoming a baby boy with A$AP Rocky.

“Extra’s” Terri Seymour spoke with RiRi ahead of the debut of her Savage X Fenty Vol. 4 show, where she talked about becoming a mom and the Super Bowl Halftime Show.

Of motherhood, Rihanna gushed, “It is crazy. It is amazing. It’s wild. It’s weird. It’s all of those things, all at once. The best feeling, the best. The most love I’ve ever known. I can’t describe it. It’s new. It’s fascinating. Every step, every facial expression, every new milestone. I love it.”

As for how motherhood has changed her, Rihanna admitted, “I’m patient now… I thought I was getting better at patience, but this will sit you down. You are forced to be patient as a mom, as a parent, just in general.”

She stressed, “Your tolerance level goes down, but your patience goes up, if that makes any sense.”

And if becoming a mom wasn’t enough, RiRi is also performing at the Super Bowl in February.

What made her she say yes to the big-time gig? Rihanna answered, “I feel like it was now or never, really. There’s this weird sh*t that happens when you become a mom, that you just unleash or unlock other parts of your superpower, you feel like you can take on or you could do anything.”

She went on, “I wanted to take on the challenge and I wanted to do something that would force me to get back onstage.”

While her son is on the top of her priority list, she’s excited for the Super Bowl performance. Rihanna commented, “I’m a performer and I love it.”

Of whom could join her onstage, she answered, “I’m not telling you anything. Lips are sealed.”

What we don’t have to wait for… her Savage X Fenty Show Vol. 4!

She dished, “I wanted to do something dynamic and ridiculous and obnoxious and almost impossible [because] I love a challenge. Obviously, I just like to work harder for some weird reason… We pulled it off. We have an amazing team, amazing. Production is beautiful. I mean, even driving down to the set, it looks like aliens just took over an entire section of a mountain. It’s beautiful… Burna Boy, I can’t say too much, but his performance was really dynamic.”

Rihanna worked hard to make sure that anyone can wear her line.

So in the midst of her busy schedule, could she be planning a wedding at some point? She quipped, “Oh Lord, have mercy. PR! PR!”