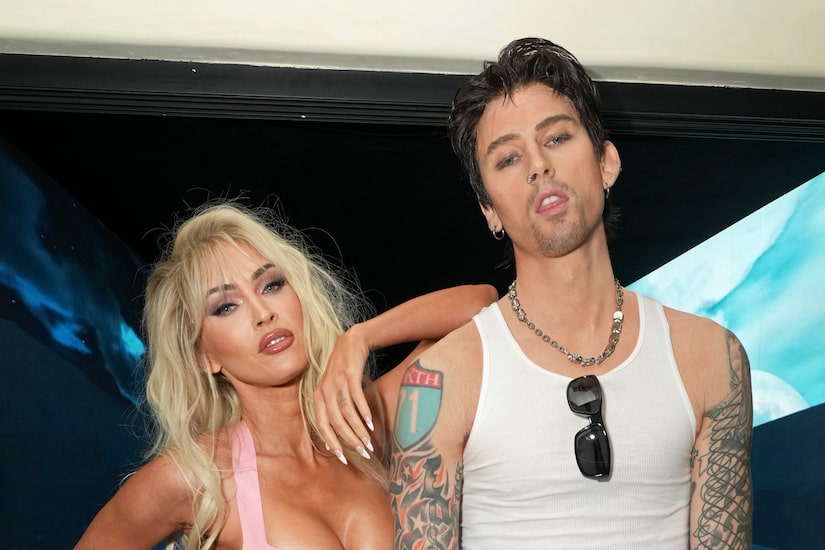 From Kim Kardashian’s transformation into the X-Men’s Mystique to Megan Fox and Machine Gun Kelly as Pamela Anderson and Tommy Lee and more, “Extra” breaks down the best celeb Halloween costumes of 2022!

“Extra” caught up with Cindy Crawford and Rande Gerber, who hosted the Casamigos Halloween party.

This year, Kim Kardashian shared her Mystique costume with her 332 million followers.

Not to be outdone, Kim’s sister Kylie Jenner also showed off her multiple costumes, dressing up as the bride of Frankenstein and putting her curves on display as Elvira.

Kendall Jenner saddled up as Cowgirl Jessie from “Toy Story.”

Lizzo went all out as Marge Simpson, while P. Diddy transformed into Heath Ledger’s The Joker.

“Extra” Special Correspondent Kaliegh Garris spoke with the “Today” show about their costumes. Hoda Kotb and Savannah Guthrie’s costumes were Cirque du Soleil-inspired ones, while Jenna Bush Hager dressed up as Céline Dion.

Jenna admitted, “I’ve wanted to be Céline Dion, actually be her, since I was a teenager.”

Jenna even attempted one of Céline’s signature high notes. When Kaliegh complimented her, she said, “I’m not sure I actually hit the high note… but I tried to hit it.”

Kaliegh also caught up with Sherri Shepard, who wore a “Bridgerton”-inspired costume on her Halloween episode of “Sherri.” She noted, “I love ‘Bridgerton,’ except I was really disappointed when Regé-Jean Page left.”