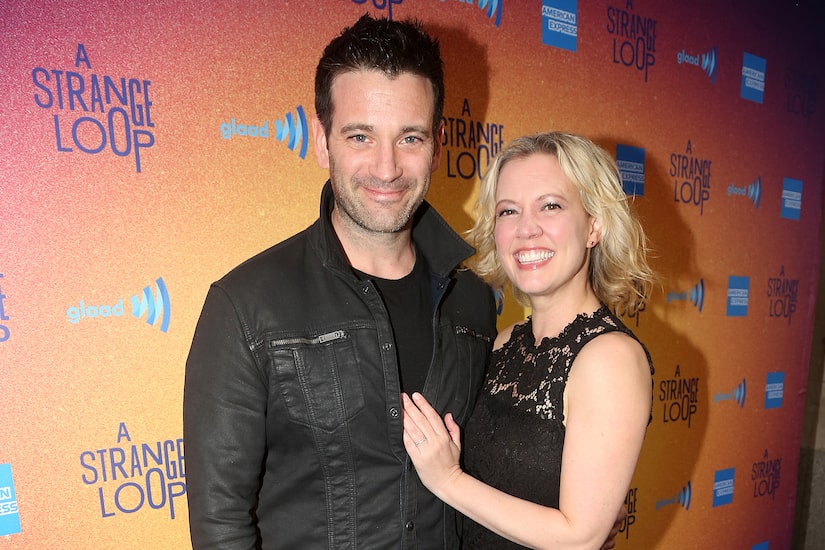 “Chicago Med” co-stars Patti Murin, 42, and Colin Donnell, 40, have another baby on the way!

The pair are expecting a baby girl, who is due in mid-April.

Patti told People magazine, “We’re so excited. We always talked about having a sibling for Cecily but had sort of left it up to, ‘if this happens, it happens.’ And when it happened and I told Colin, his face was shocked.”

“I wasn’t expecting it,” Colin admitted.

The two are also parents to daughter Cecily, 2.

Referencing her role as Princess Anna in the Broadway adaptation of “Frozen,” Murin said, “Obviously we would’ve been happy either way, but I was really thrilled that it’s a girl. I have a sister and we are very, very, very close, so I love the idea of the two of them having that bond. Plus, there’s the whole ‘Frozen’ thing, which makes it extra special.”

Colin added, “I really like being a girl dad. I grew up with all boys in my family. I’m one of three boys, and of course would’ve been ecstatic to have a boy, but I don’t know — I think I figured out this girl dad thing by now. So I’m ready to have another girl around the house. I just love it. It’s so, so sweet.”

As for Cecily being a big sister, Patti commented, “She’ll be a great big sister. She’s so good with our two dogs, and as my stomach starts to grow, she’ll have the visual where I think she’ll understand it a bit. She’s at the right age.”

Patti opened up about her pregnancy cravings, saying, “I go back to craving all my childhood food, like Chef Boyardee, peanut butter and jelly sandwiches, ice pops — things like that.”

Patti is feeling “exactly the same” as she did when she was pregnant the first time.

The pair are going to have a busy holiday season. Colin commented, “It’ll be all about just soaking up the holidays with Cecily and getting ready for the baby. It’s kind of the perfect timing because we’ll be able to just enjoy ourselves.”

Colin and Patti have been married since 2015.