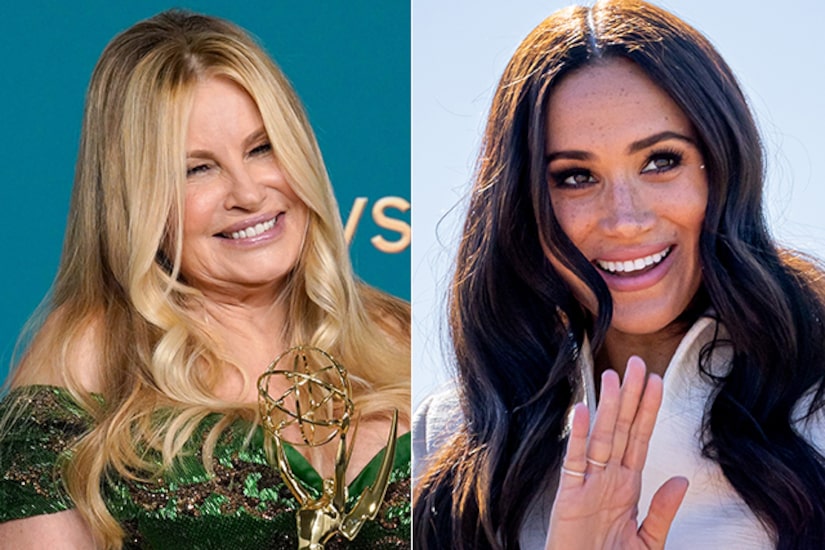 On Thursday night, Jennifer Coolidge hit the red carpet for the Season 2 premiere of “The White Lotus” in Los Angeles.

“Extra’s” Rachel Lindsay spoke with Coolidge, who shared her thoughts on Meghan Markle.

Since Markle is a fan of the show, Jennifer said she would “absolutely” love to see her in the third installment if it was ever made, saying, “Come on down!”

Would Jennifer be down for a third installment, and where would she like it filmed? She answered, “I think Asia would be incredible. I want to go to somewhere… like, 10 men to every one woman — so where is that?”

For now, Jennifer is back for the second season, alongside former “The Sopranos” star Michael Imperioli, Oscar winner F. Murray Abraham, Aubrey Plaza, and Theo James.

This new season will focus on a new group of vacationers who check into a new hotel in Sicily.

As for why her character keeps coming back to “The White Lotus,” Coolidge commented, “She was overwhelmed with grief in the first one… Now I’m in Sicily and I’m there with my new husband and I have some more problems.”

Coolidge is still basking in the glory from her first-ever Emmy win for the first season. She said, “I’m still speechless about all of it.”

Rachel also spoke with Michael, who teased, “My character is going through some heavy, dark stuff.”

The second season of “The White Lotus” premieres October 30 on HBO and HBO Max.