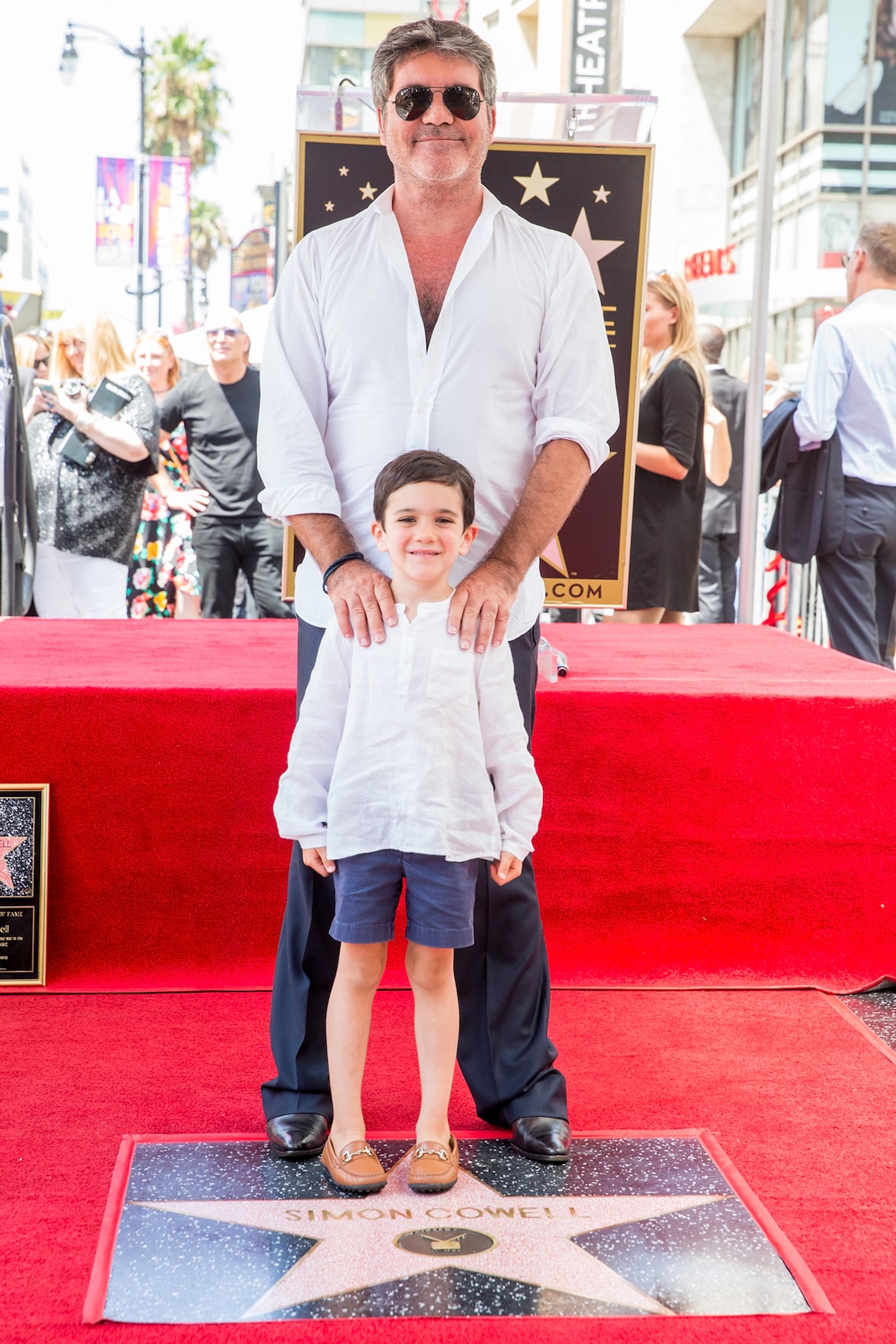 Simon Cowell has a new project!

“Extra’s” Terri Seymour sat down with the successful mega producer to talk about his newest project “Stemdrop,” as well as what he’s been hiding from his son Eric!

Cowell has been “cutting down” on the smoking, thanks to Eric.

He revealed, “He is really strict. If he catches me, it’s like being back in school. He’s the teacher. I have to sneak behind the hedges and I’m having my four puffs and I can see him following me around, but I said to him the other day, ‘Thanks to you, I’ve nearly quit.’”

Cowell dished, “Imagine if you saw some of the biggest songwriters in the world wrote a brand-new song, and instead of giving it to a well-known artist, you gave it to the world to record… We are dropping it on TikTok for basically the world to record their version of the song.”

The first song is called “Red Light.” Simon admitted, “I was really nervous because after all we’ve done to set this up, what if I didn’t like the song? I really loved it.”

Cowell noted the main focus of the show is to find emerging talent. He said, “The hardest thing if you’re not writing your own material is how do you get that first rung up the ladder, and I think what this might be is part of the missing link.”

As for what is the most important thing for an artist’s career, Simon answered, “A hit song, without question.”

Case in point, One Direction’s debut single “What Makes You Beautiful,” which he found right after the band competed on “The X-Factor.”

He explained, “We had 23 songs submitted and then ‘What Makes You Beautiful’ arrived. I heard that song and I thought, ‘This is the missing link. We’ve got the hit.’”

Cowell instantly knew that Martin’s song “…Baby One More Time” was a hit when he first heard it. He recalled, “I called Max, didn’t know him well, and I said, ‘Max, I just heard this song. I heard TLC turned it down. I have this band 5, will you give me this song?’ And he went, ‘No, I’ve promised it to someone called Britney Spears’… And I said, ‘No one’s gonna have a hit with a name like Britney Spears.’ I actually offered him a Mercedes or something if he would give me the song… He honored his word. He gave the song to Britney and we missed out.”