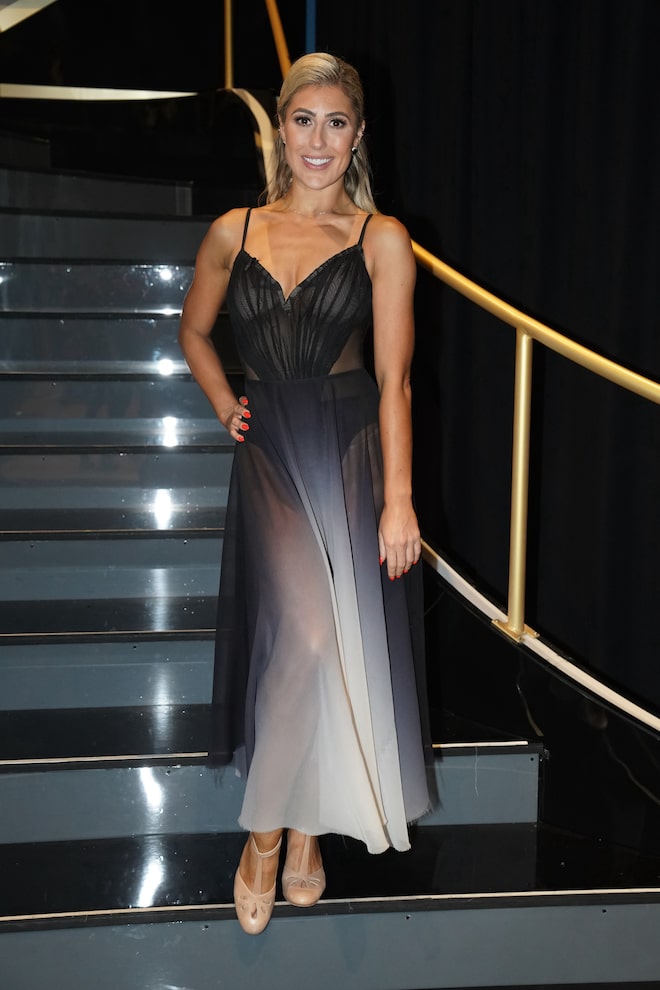 Emma Slater is opening up about her divorce from fellow “Dancing with the Stars” pro Sasha Farber.

“Extra’s” Katie Krause spoke with Emma and her partner Trevor Donovan backstage at “DWTS,” and asked Slater how she’s doing amid the split.

Slater shared, “I think it's been a challenging year for a lot of people… For me, I just kind of surround myself with a lot of friends and just try to uplift and do the best I can, and I really do think that that's the same for almost everybody.”

She also shared her reaction to Sasha’s dance partner Selma Blair’s decision to exit the show early due to her health.

Emma said, “It was such an honor for us to get to know Selma, and now she's a part of our lives. I think everybody can safely say that she's one of the brightest lights in the ballroom.”

Slater went on, “She has just this energy and you feel instantly connected to her because she's able to connect with everybody and she wants to. She’s just got time for everyone and so witnessing her strength struggling with MS… struggling with that to do one of the hardest dance competitions… It's been an honor to watch, and I just commend her so much for pushing herself and not knowing what she was going to get out of it, but knowing that she wanted to do that. I just think it's just so courageous and she was stunning and such an inspiration.”

Trevor added, “She came in every single day, lifting other people up while she was going through what she's going through, which is just, it's unbelievable.”

Donovan also shared whether he was open to a “90210” reboot.

The actor shared, “I would be open to definitely do another revisiting ‘90210: Where Are They Now?’ type of story, you know, 10 years later, what are they doing?”

He continued, “I think my character, you know, he was on his way to being a congressman, someone in politics. So he could be a congressman for California, huh?”

Trevor said, “The fans have got to step up and really make some noise and maybe it'll happen.”

Does he keep in touch with the cast?

He said, “I just received a long video from Jessica Stroup, who played Silver, and she's been watching ‘Dancing with the Stars’ and it was a real heartfelt video she sent me.”