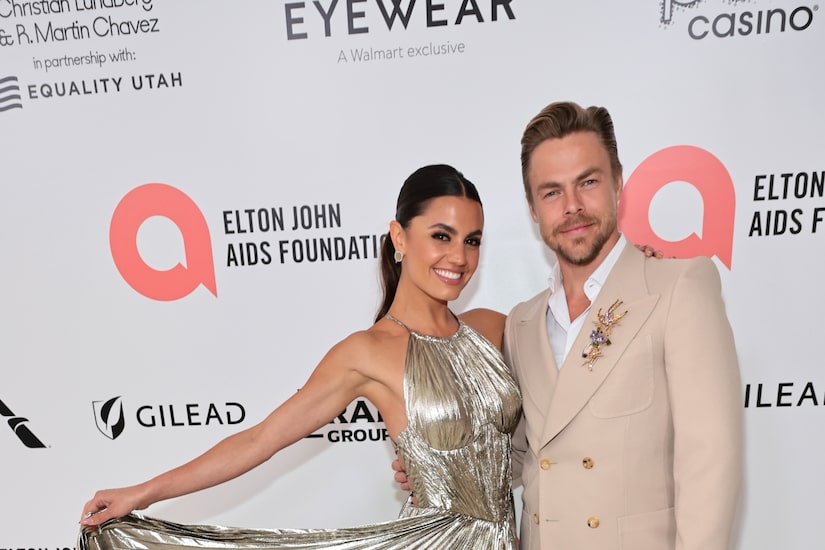 Derek Hough is dishing on his wedding plans!

“Extra’s” Katie Krause spoke with Hough, who revealed the request he has for Michael Bublé at his upcoming wedding to Hayley Erbert.

Derek opened up on their friendship, saying, “We’ve become really good friends over this past year… I would love to have him there.”

When asked who the wedding planner is in the relationship, him or Hayley, Derek revealed that it is Hayley, noting that she already has a “ring binder with dates.” He added, “This thing is color coordinated.”

The pair are “already done” with their guest list! He commented, “It was done, like, two days after the engagement.”

Do they have a wedding date? He answered, “We’re still trying to figure out the venue… We’ve looked at some good venues… Once we got that, we’re ready to go.”

Aside from all her dance floor achievements, Derek was more impressed with “how real she was,” pointing out that Selma was “authentic and kind and gracious to everyone.”

Referencing the “Dancing with the Stars” crew, he continued, “They just say how beautiful of a person she is… For me, that means almost more to me than anything.”