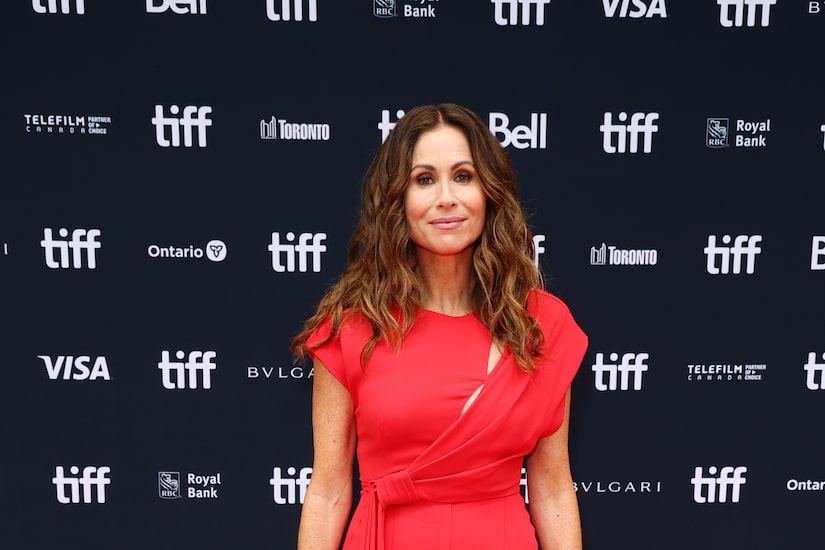 Twenty-five years after making “Good Will Hunting,” Minnie Driver is reflecting on the movie as she promotes her new Hulu movie “Rosaline.”

“Extra’s” Katie Krause spoke with Driver, who revealed what she would say to her younger self if she could!

Driver shared, “I would just tell her to enjoy it more. It felt so life and death, making movies then. It felt like everything was so heightened and so huge and so hugely pressurized. I would so just want to go and like put my jacket around her shoulders, like, make her have an early night and give her a cup of tea and go, ‘Yo, This is so fun, it is so amazing. You’re going to borrow the most amazing clothes and jewels, you’re gonna meet the most incredible people, you’re gonna be able to pick the brains of some of the most creative people who have ever lived in the next 30 years. Chill, relax, enjoy it.’”

In “Rosaline,” a spin-off of “Romeo and Juliet,” the heroine finds herself ghosted by her boyfriend Romeo, who has moved on with her cousin Juliet. Rosaline will stop at nothing to break them up, and she’ll need help from some friends, like her trusty nurse Janet, played by Minnie.

As for what attracted her to the project, Minnie commented, “I think that it’s wonderful to take this really beautiful, arguably the greatest love story ever told, and to modernize it and to put another woman at its center leading the narrative, and to kind of play with our perceptions of love and with a classical text. And it’s introducing Romeo and Juliet to a whole new generation.”

Discussing her character, Driver noted, “I think this is the woman who’s clearly taken care of Rosaline since she was a baby… So there’s something maternal, but she’s also kind of like an auntie, like a disgruntled sister… I mean, she’s brutally honest with her. She doesn’t behave like a servant, even though I guess that’s what she is… I love their dynamic because you get to see this grouchy child that Rosaline can be behind the wonderful woman.”

Minnie has also been busy with her popular podcast, “Minnie Questions with Minnie Driver.”

When asked how she defines love, Minnie answered, “Beyond that love of your child in the world, the things that define love for me now are respect and kindness and partnership and allowing and space and all these words that nobody told me when I was a kid. It was all about, you know, infatuation and obsession and sex. Love meant… being madly in love. Mad — it had insanity attached to it… But what defines love are the things that are of this earth that make it real, that make us loving towards each other while we’re here and supportive of each other… That’s that’s what defines love for me.”

Does Minnie’s son have a favorite project of hers?

She responded, “You know what’s so funny is that Henry has not seen a great deal… I don’t think he’s ready for ‘Grosse Pointe Blank.’ I’m not sure that he was ready for ‘Good Will Hunting’… He grew up loving ‘Ella Enchanted’ and ‘Tarzan’ particularly, that was a big favorite, but he now thinks it’s hilarious that I was in the ‘South Park’ movie… He can’t believe that. That’s probably the coolest thing to him that I have one line playing Brooke Shields and he thinks that’s the coolest thing I ever did… He’s very excited that I’ve joined the ‘Witcher’ universe.”

Of the “Witcher” universe, Minnie dished, “I mean, it’s beautiful there, and like, wow, that that’s an extraordinary fan base as well… It is a beloved show. You know, it’s beautiful, the books are beautiful, the video game, I think the TV show, like, it was something that I wasn’t particularly familiar with and I am super familiar with it now… Wild to do something you’ve never done before as an adult… I think it’s exciting.”