It was back to work on Wednesday for Tom Pelphrey after he and Kaley Cuoco announced they are expecting a baby girl!

“Extra’s” Katie Krause spoke with Tom as he was promoting his new movie “American Murder,”  and she congratulated him on the news. 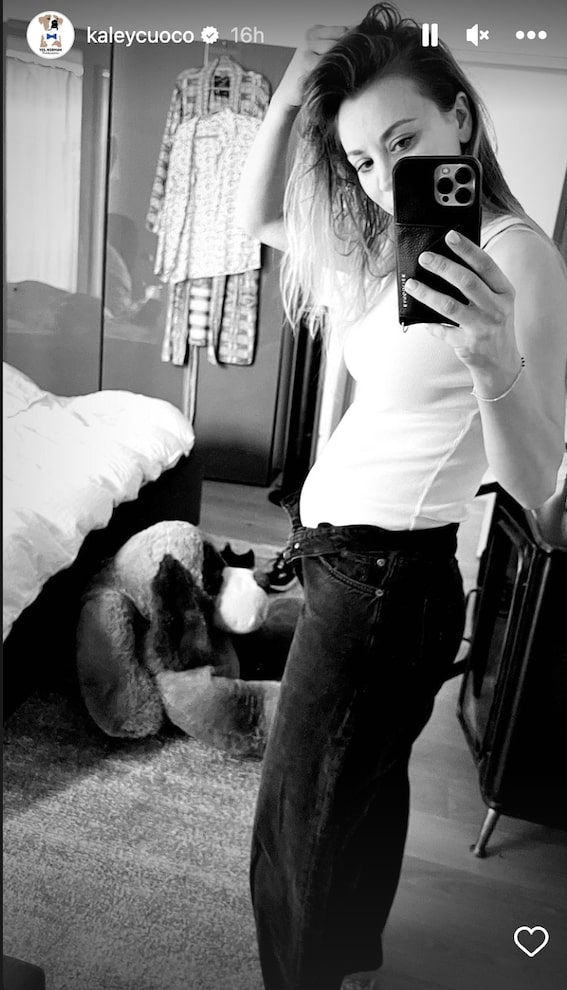 Katie asked how they are feeling after the announcement, and he said, “We’re so excited.” He went on, “It's the most incredible thing. Very blessed… very fortunate… very lucky… Everybody's healthy... It's a beautiful thing.”

On Tuesday, Kaley announced her pregnancy. She wrote on Instagram, “💕Baby girl Pelphrey coming 2023💕 beyond blessed and over the moon… I 💓you @tommypelphrey !!!”

Kaley included a series of photos, including one of her baby bump!

Tom celebrated the news with his own post. He wrote on Instagram, “And then it was even MORE BETTER. 🎀🎀🎀. Love you more than ever @kaleycuoco ♥️🙏♥️.”

Cuoco also shared some candid pregnancy moments on her Instagram Stories, including a shot of Tom and herself in their Emmys 2022 attire. She wrote, “Remember when we all laughed realizing that this dress would not have fit even a week later LOL.” Just weeks before the announcement, Kaley gushed about Tom at the “Meet Cute” premiere in NYC.

She told “Extra” on the red carpet that she “met Tom at the right moment.”

“When I met Tom, it was absolutely love at first sight,” Kaley added. “We have the same management team. My manager actually took me as her guest to the ‘Ozark’ premiere, and I met him there. It was like the angels started singing. I was like, ‘Hallelujah!’ It was very magical… it was perfect.”

Kaley and Tom made it Instagram official in May. Cuoco posted a series of pics from the couple’s mountain getaway, including some goofy Polaroids and a pic of Tom kissing her on the cheek. 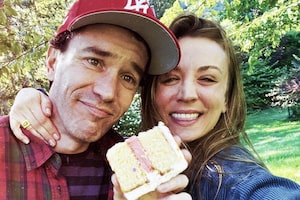 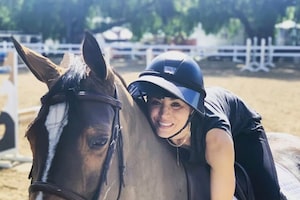 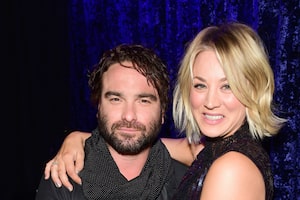