Abby Lee Miller is showing off her new look after undergoing a “liquid nose job.”

“Extra’s” Rachel Lindsay caught up with the “Dance Moms” star, who explained why she decided to have the procedure with the help of Beverly Hills plastic surgeon Dr. Truesdale.

“My nose leans to the left. I had horrible allergies,” she said, adding that caused her to sniff and wipe her nose a lot. She explained her nose also had a bump.

Dr. Truesdale told Rachel, “It is a way to change the nose using filler,” adding there is “very little downtime in contrast to a rhinoplasty.”

According to his office, liquid nose jobs can camouflage bumps by creating symmetry and balance and last up to two years.

Check out the proof in these before and after pics! 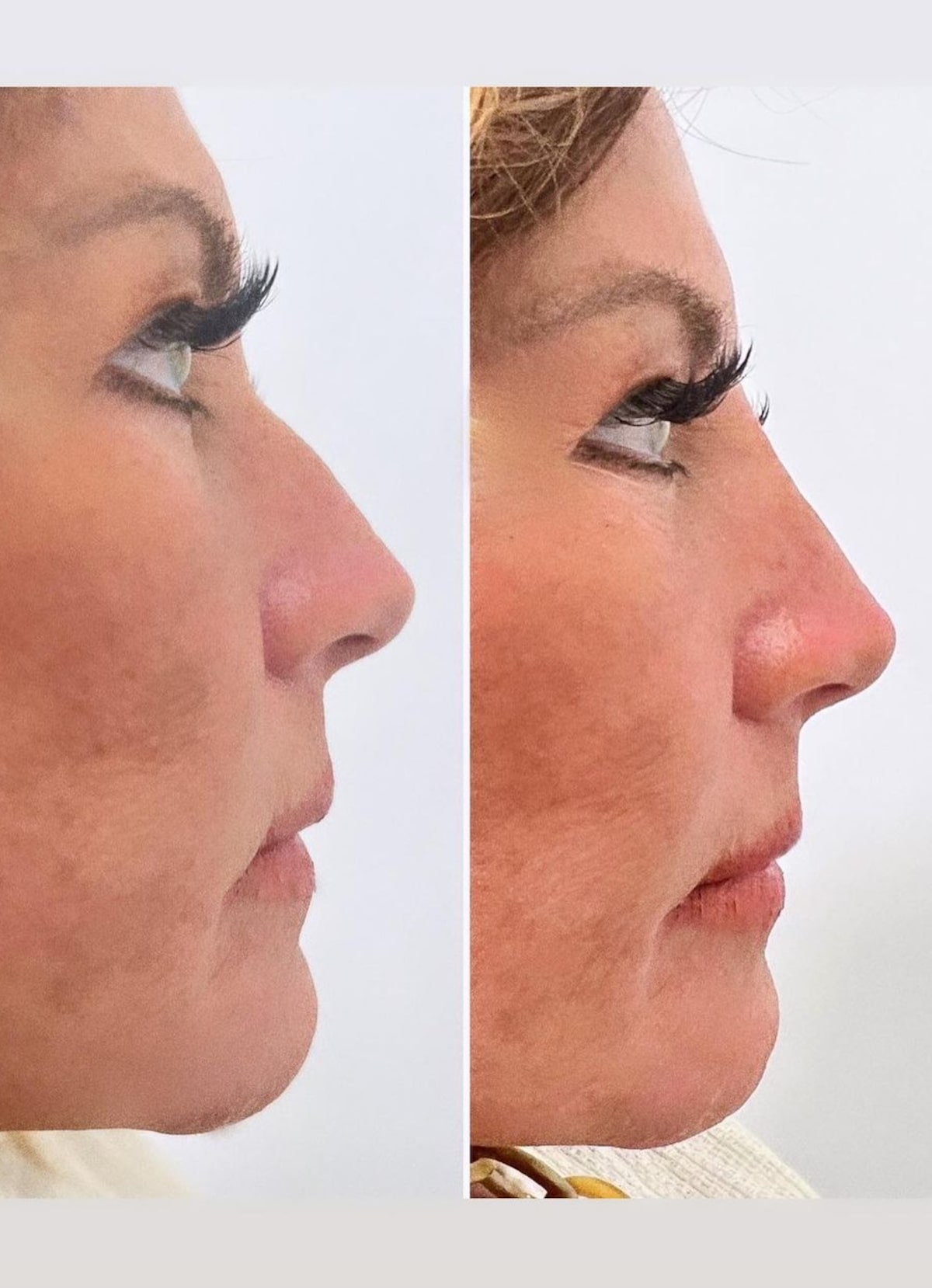 Miller is happy with the results too, saying, “I think it looks great.”

The reality star is all about living that 2.0 life and making major changes after spending eight months in prison for fraud and dealing with the aftermath of her cancer battle that left her in a wheelchair.

Giving Lindsay a health update, she shared, “I’m okay, I wouldn’t say I was great. I had a huge setback. I broke my leg… and now with the walker, I’m walking maybe six steps.”

She called being open about her health “cathartic.”

“It helps other people that may be going through the same thing. I have a platform. Why not use it? I want to do good.”

She’s doing just that with her nonprofit partnership Caterina’s Club, which provides access to nutritional food, stable housing, and job training for youth.

Abby said, “This is with Bruno [Serato],” adding, “for 5 bucks you can feed a family of four. I am proud to be a part of his work.” Learn more at www.caterinasclub.org.

Fans know Miller from “Dance Moms,” but could the tough-talking controversial coach be headed to the “Real Housewives” franchise?

Rachel told her, “You said that you want to be on ‘Real Housewives’… What city would you do?” Abby asked, “Is there one in Florida?” After hearing there is a show in Miami, she said, “Okay, there I am!”