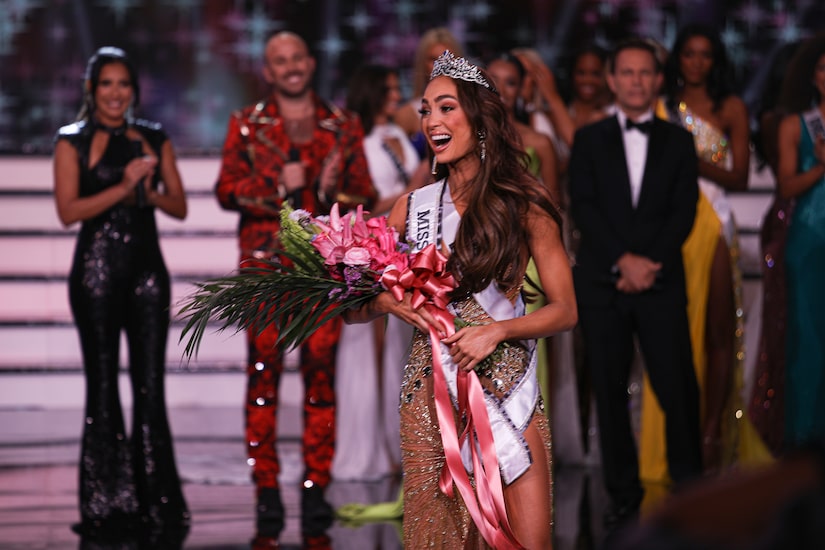 Miss USA R’Bonney Gabriel is setting the record straight on rumors the pageant was rigged and opening up about what fans didn’t know about her crowning moment.

“Extra’s” Rachel Lindsay caught up with the beauty queen who was at the center of the headline-making controversy.

Some contestants claimed the show was rigged, saying R’Bonney didn’t act surprised when she won because she already knew the crown was hers. They also noted that the other contestants seemed to storm offstage when Gabriel’s name was announced.

R’Bonney, however, told Rachel, “I would just tell everybody that I would never want to go into a competition knowing that it was already handed to me. I would have never worked so hard and I would never disrespect any of the other contestants.”

Lindsay asked her to clarify what happened when she was crowned.

R’Bonney said, “I think there is some questions of did the girls not really want to come after me and give me a hug because usually when you get crowned all the girls give you a hug.” She went on to explain, “I walked forward to what we call the bubble, which was the front of the stage… But I think what people didn't know was that production told them not to come forward to the bubble only because the night before somebody actually fell off that bubble. So it was for safety reasons.”

Rachel also asked what it meant to be the first Filipina winner. R’Bonney said, “It's a huge honor. I mean, I'm getting messages from girls and mothers saying that their daughters are so inspired because they're Asian American, and I'm paving the way for them.”

Gabriel shared, “Cheslie is a huge inspiration to me and all the women in pageantry. I look up to her because she was so hardworking and she was an example of what you do after the crown.”

R’Bonney opened up about her plans after winning the crown.

“I’ve worked with women in Houston that have survived from domestic violence and human trafficking, and I teach them sewing classes to build confidence and build their future and career… And I think that's the impact I want to create,” she said.