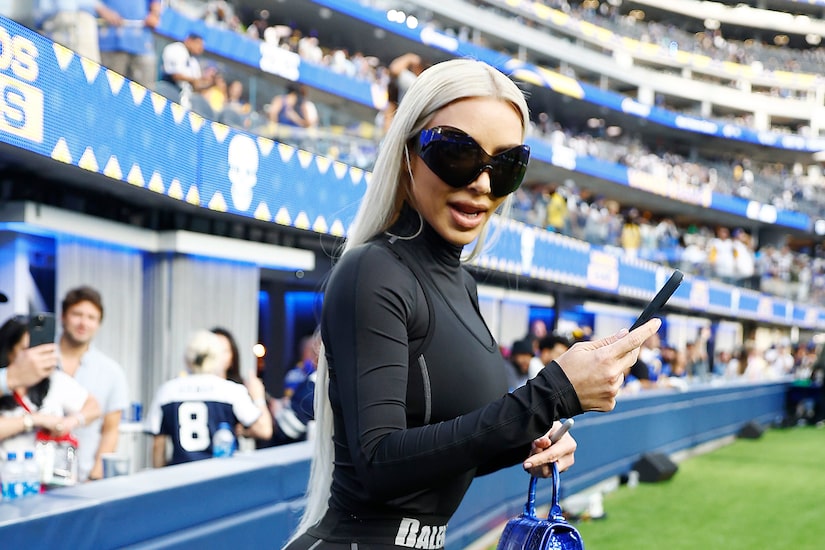 Kim Kardashian attended the L.A. Rams football game with son Saint on Sunday, where she was booed on the Jumbotron.

Kardashian was at SoFi Stadium to see the Rams take on the Dallas Cowboys, when her face appeared on the big screen.

The reality star blew a kiss and waved to the audience, but her gesture was met with loud boos. People sports writer Natasha Dye recorded the moment and posted it on Twitter. Watch.

She wasn’t the only celeb at the game. John Legend also appeared on the Jumbotron, and received some applause, but no booing.

Former “Arrow” star Stephen Amell came to Kim’s defense on Twitter, writing, “Kim Kardashian was just shown on the big screen and loudly booed at the Rams game. Being booed at a sporting event is a huge compliment. When people who don’t know you think they dislike you it means you are super duper famous.”

Kim didn’t seem to be bothered by the booing as she shared her fun day with Saint and friends on Instagram Stories. 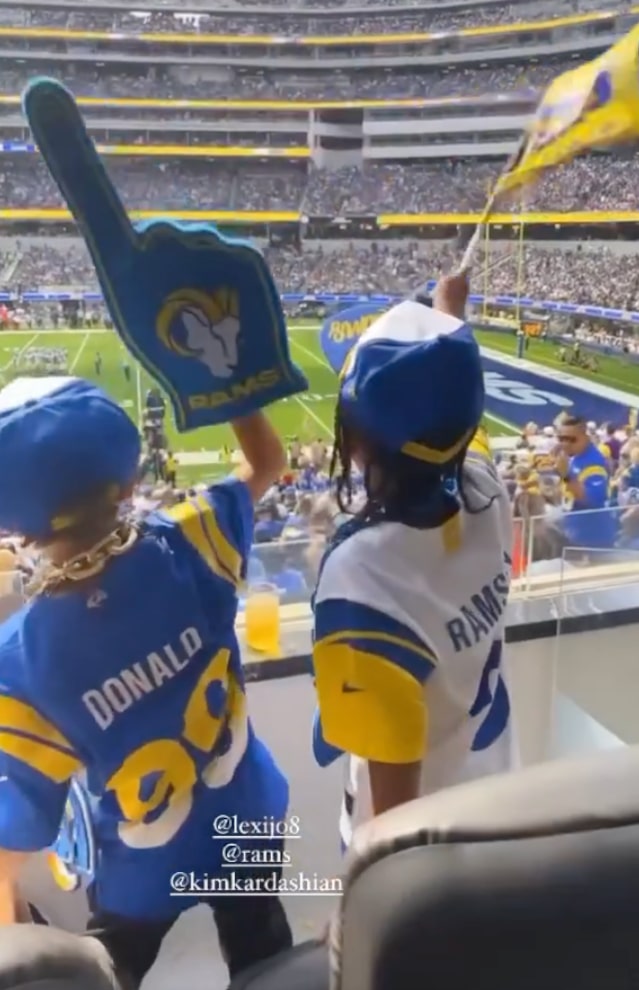 The little guy and a buddy can be seen cheering on the team and celebrating a Rams touchdown. They also got to see the Lombardi Trophy. 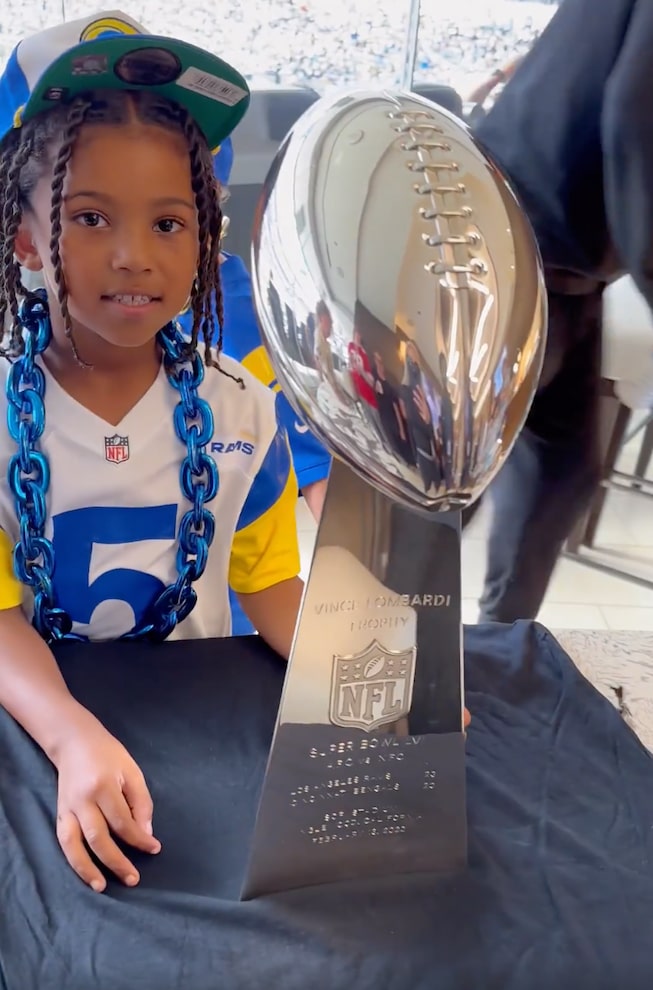 Kardashian also supported the team with her Rams gear, including a gorgeous blue purse. 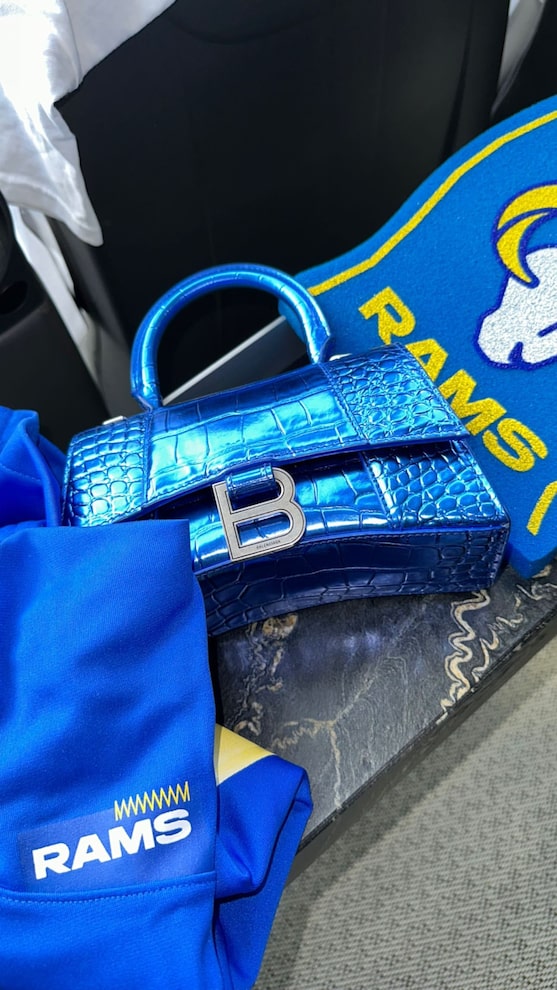 The sighting comes as Kim’s ex-husband Kanye West made headlines over the weekend for tweeting an anti-Semitic message that Twitter removed for violating its policies. 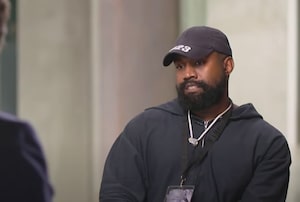 Just days ago, West was in the news for his comments on “Tucker Carlson Tonight,” where he criticized the imagery used by Kim’s shapewear brand SKIMS. 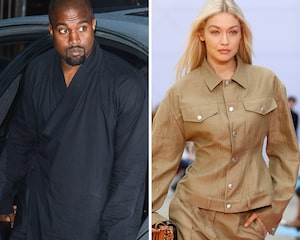 Kanye said, “I had a lot of issues with the imagery of SKIMS,” further explaining, “I felt like there’s a lot of imagery that was overly sexualized and things I wouldn’t want to see my wife — and definitely not my daughters — doing in the future in order to sell products. But it reaches another level when it’s like, ‘Okay, this is what my wife is doing, this is what she’s doing for our children.’”

He also reacted to Kim’s recent eye-popping photo shoot in a jockstrap for Interview magazine.

West insisted, “Kim is a Christian, but she has people who want her to go to Interview magazine and put her ass out while she’s a 40-something-year-old multi-billionaire with four Black children. And this is what — how fashion wants to — how they want to present her.” 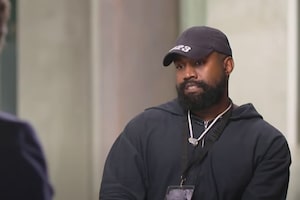 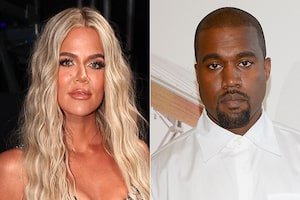 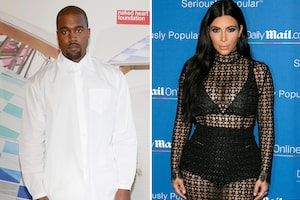