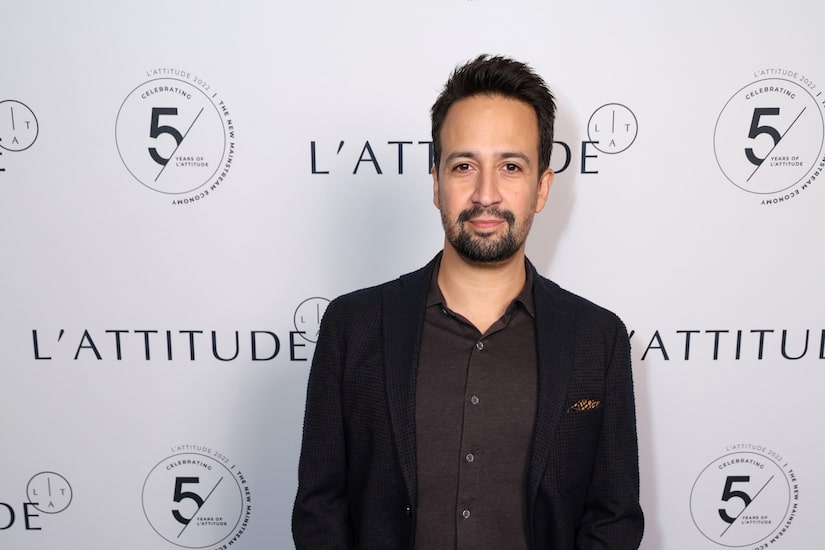 “Extra’s” Melvin Robert spoke with Lin-Manuel Miranda, who opened up on the highly anticipated live adaptation of “The Little Mermaid.”

Lin-Manuel worked with Alan Menken on four new songs for the movie, which stars Halle Bailey. He said, “Some of the moments we got to musicalize were really fun to write because it was stuff I’d thought about like, ‘Yes, what would Ariel be thinking in that situation?’”

As for the controversy surrounding Ariel being played by a Black actress, Miranda noted, “People weeping at D23, the folks lucky enough to see Halle’s full rendition of ‘Part of Your World.’ She’s incredible in this role and it’s going to mean a lot to young Black girls to see that representation, to see their Disney princess that looks like them — and that’s just a wonderful thing.”

When Melvin mentioned that people should be focused on the depth that an actress can bring to the character instead of the color of her skin, Lin-Manuel agreed, saying, “One hundred percent.”

Miranda is also using his star power, alongside Gloria Estefan and Wilmer Valderrama, for L'ATTITUDE, a four-day celebration that brings together changemakers in the Latino community.

Lin-Manuel shared, “We’re here for a conference for Latino business leaders and small business owners to get to know each other better and make connections.”

At the conference, Lin-Manuel was recognized with the 2022 L’ATTITUDE Leadership Award, which honors individuals who has used their platforms to improve the lives of others.

During his panel, Miranda discussed his experience as a Latino small-business owner, as well as how his love for small businesses has impacted his work. Referencing “In the Heights,” he told the audience, “My first musical is about small-business owners in Washington Heights. I believe that’s what makes it special is that it was home to so many Latino-owned businesses.”

Miranda is also on a mission to aid Puerto Rico after it was ravaged by Hurricane Fiona last month. He stressed, “Right now, Puerto Rico is in crisis mode. I text with my cousins, they still don’t have running water or electricity. It’s about getting essential services to the folks who need them. That’s the phase we’re in right now, so anything you can donate to community organizations, not-for-profit organizations doing the work on the ground, that’s where we’re at in the crisis right now.”

Lin-Manuel has worked with Hispanic Federation, a Latino membership organization, which has raised millions in Puerto Rico’s recovery efforts.