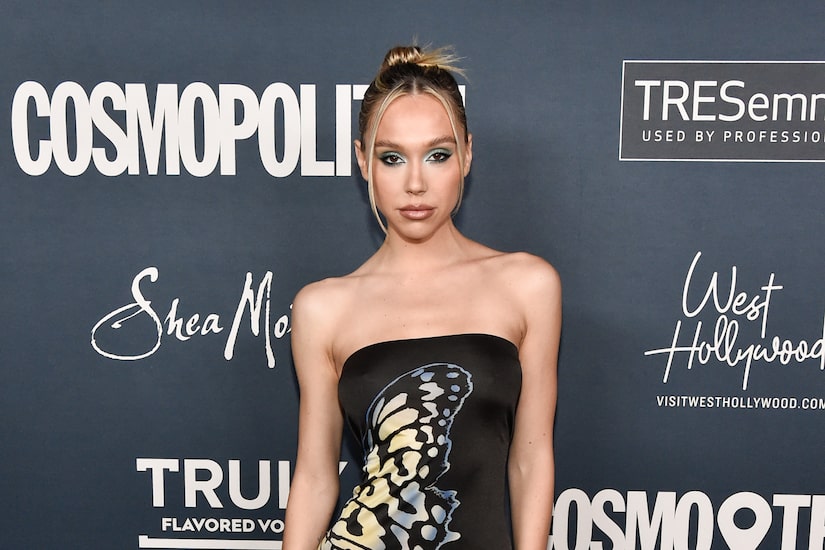 Alexis Ren is dishing on her first movie role in “The Enforcer,” which she filmed last year.

“Extra’s” Adam Weissler spoke with Ren about working alongside Antonio Banderas and Kate Bosworth on the gritty project and revealed that it would be her dream to act with Jennifer Lawrence.

As for why she wants to work with Jennifer, Alexis said, “I just think she’s an amazing human off-camera and she doesn’t come from the, you know, traditional acting school, so I relate to her on that.”

Ren went on, “She’s taken so many risks and I love the roles she’s played.”

Of “The Enforcer,” Alexis called it a “pinch me moment,” since she’s been waiting for a year for the movie to be released.

Alexis explained what drew her to her character, saying, “We are actually very much alike… I actually learned a lot about myself through her because the decisions she made are very similar to the ones I made.”

Alexis described her character as “the heart of the film,” adding, “I am a hopeless romantic, so I love being that.”

Alexis showed her appreciation to her co-stars Antonio and Kate, who helped her with the darker scenes, saying, “They were my backbone going through those emotions.”

She added, “I was very honored to be next to these type of actors.”

Alexis and Kate shared intimate scenes, including one at a dance club. She noted, “She made me feel so safe. It was such a beautiful scene because we had the trust there.”