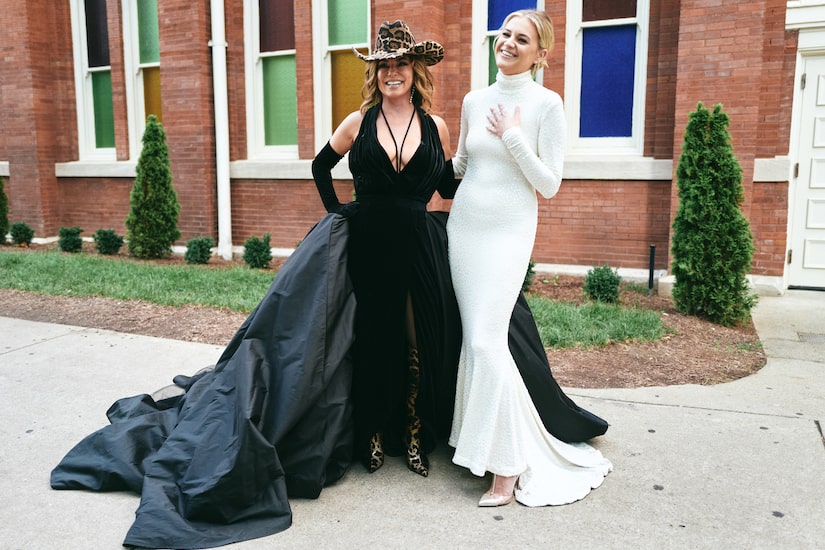 It was a parade of country superstars at the famed Ryman Auditorium in Nashville for the ACM Honors, where Miranda Lambert received the ACM Entertainer of the Year Award.

“Extra’s” Alecia Davis spoke with Lambert at the event in August, who said the massive win felt “incredible.”

It was also an incredible night for country queen Shania Twain. She took a break from her Las Vegas residency at the Planet Hollywood Resort and Casino and headed to Nashville.

Twain showed off her fierce fashion sense in music city in a plunging black velvet dress, leopard print cowboy hat, and matching boots on the red carpet, before switching to lighter, shimmery look later in the night.

Shania picked up the Poet Award, and Alecia noted that Twain had said it felt like a “miracle.”

Twain further explained, “Well,when you consider where I started writing songs in the bush with my guitar to escape my mother's ear to the door. Now being here… a long journey and seems miraculous today.”

Kelsea Ballerini also helped honor Shania at the show. The singer hit the red carpet wearing the iconic white turtleneck dress that Twain wore to the 1999 Grammy Awards. Shania wore the sequined floor-length gown the night she picked up Best Female Country Vocal Performance and Best Country Song (“You’re Still the One”) at the award show.

Kelsea, who performed Twain’s mega-hit, "Man! I Feel Like a Woman,” at the honors, told Alecia what it meant to pay tribute to the country star. "She is not only an icon for the genre but like for me personally growing up, she was the girl on the radio… She was the one breaking boundaries in every way… She’s the one that I look to to see where did she push boundaries, how did she do it with grace, how did she do it with wit? She’s just an icon in every way."

It was a night of music and celebration, and now fans can watch Miranda, Shania and more when the ACM Honors air tonight on FOX.