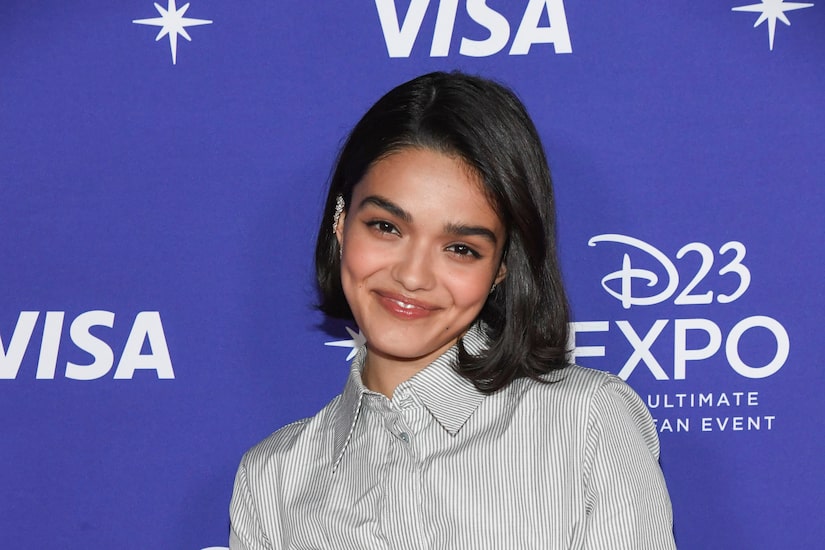 “Extra’s” Katie Krause spoke with Rachel about how this version updates the original.

She said, “We have a different approach to what people will assume is a love story, just because we cast a guy in the movie. I think it’s one of those things that everyone is going to have their assumptions about what it’s actually gonna be, but it’s really not about the love story at all, which is really, really wonderful. Whether or not she finds love along the way is anybody’s guess until 2024.”

Rachel teased about the focus of the movie, “It’s an inner journey… that she goes on to find her true self, and she meets people along the way that make the journey really incredible.”

She also dished on the “Hunger Games” prequel “The Ballad of Songbirds and Snakes” and said she’d love to meet Jennifer Lawrence!

While Zegler hasn’t spoken with Lawrence yet, she said she was totally down to “hang out anytime.”

She pointed out, “We are both Dior girls, we both live in New York, let’s get together… I think we would be really good friends.”

For the movie, Rachel will be working with the crew who worked with Jennifer on the original “Hunger Games” franchise. She said, “They all talk so highly of her.”

Zegler has had the “most fun” shooting the prequel, saying, “The first thing we shot were the games. I wrapped ‘Snow White’ and the next day was thrown into ‘The Hunger Games.’ It’s an incredible experience. Francis Lawrence is the O.G. Everyone in the cast is wonderful.”

Rachel made sure to show some love to her boyfriend Josh Andrés Rivera, who is also in the movie!

They first co-starred in “West Side Story,” her star-making role.

She admitted, “It was weird to revisit that because we hadn’t worked together in three years. When we worked together, he shot my boyfriend in a movie, so now he doesn’t do that. What’s the dynamic, you know?”