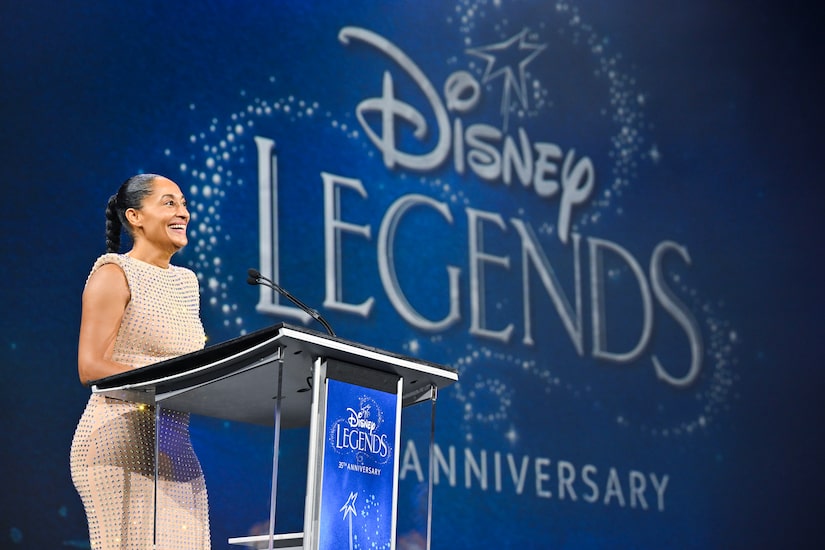 Actress Tracee Ellis Ross was honored as a Disney Legend at the 2022 D23 Expo!

“Extra’s” Katie Krause spoke with Tracee, who felt “really special” about the big honor, which comes on the heels of ‘black-ish’ wrapping.

Tracee also opened up about turning 50 in October and revealed what’s on her bucket list, including getting married!

As for her secret to staying young, Tracee shared, “Water and lots of laughter.”

When asked what she is looking forward to in this next decade of her life and what’s on her bucket list, Tracee shared, “I’d love to get married, I’d love to write a book, I’d love to do an action movie, I’d love to keep doing movies.”

While she doesn’t have anyone in mind, Tracee wants “legends” only. She said, “I don’t know, one day. I’ll wait for the right person. Somebody who’s gonna make my life better.”

Ross also discussed her legendary show “black-ish,” saying, “We joined the ranks of some of the greatest shows, we added a cultural value to our world in a way that I feel so proud to be a part of.”

Tracee also showed some love to her “black-ish” co-star Anthony Anderson, saying, “I pretended I was married to him longer than I’ve ever been in a relationship… Our co-worker partnership was very special. It didn’t start the way it ended and I think it’s special I entered one way and left different.”

While Tracee didn’t like Anthony at first, he won her over with his “who he is” and “his heart.” She added, “We worked beautifully together and we respected each other… We laughed on set… Anthony and I had very similar work ethic. We both learned lines really easily so we got to play a lot and giggle.”

Ross noted that it wouldn’t take a lot to get her to work with Anderson again! She noted, “People might need a minute because otherwise, they’ll just see us as Bo and Trey.” 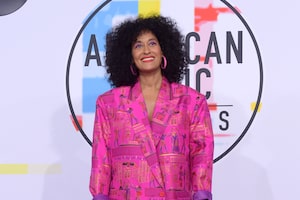