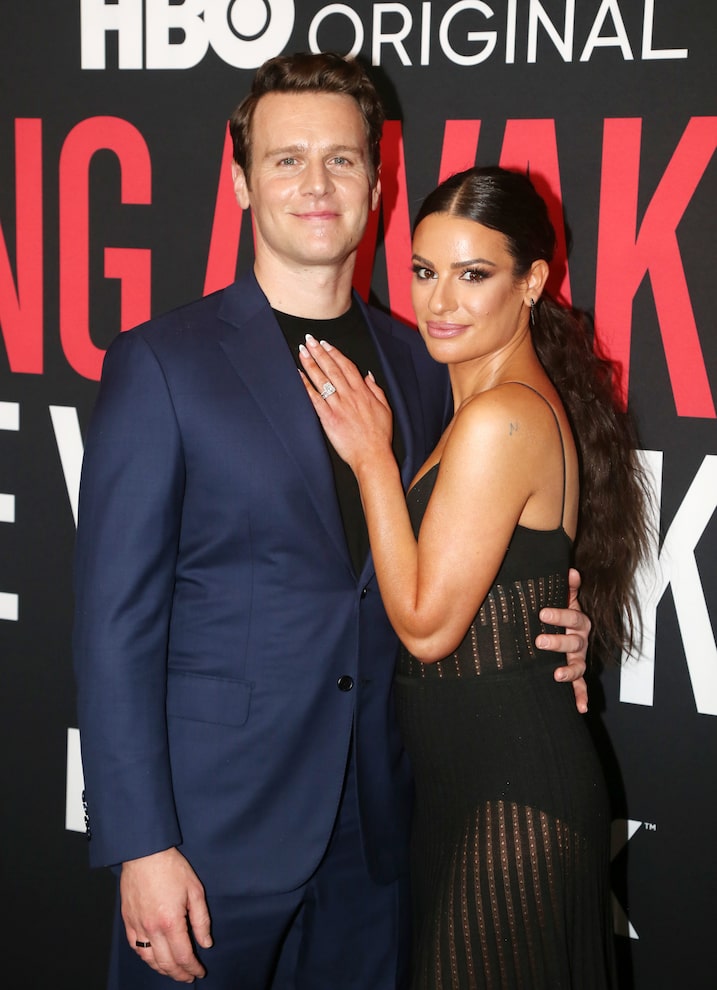 “Extra’s” Katie Krause caught up with “Frozen” star Jonathan Groff as he was named a Disney Legend at the D23 Expo.

Katie had to ask about his friend Lea Michele’s recent debut in “Funny Girl” on Broadway, and Jonathan got emotional talking about it.

Groff said, “Tuesday night, we watched a girl become a woman. I could cry talking about it… I’m getting emotional because that’s my girl. She killed it. She had so much grace, and beauty. and the talent obviously — she just nailed it.”

The actor, who starred alongside Michele in Broadway’s “Spring Awakening,” went on, “She really became a woman in front of our eyes, and it was such a beautiful thing to witness… It was a night in the theater unlike any I’ve ever had.”

Groff, who is also known as the voice of Kristoff in “Frozen,” revealed the cast has a group text!

“It is such a sweet group,” he said, explaining for a long time “it was about us getting each other to make voice memos for children in need.”

For now, Jonathan said he was pleased to be back with the cast for D23.

“There is such warm feelings with this film, both the cast, Idina [Menzel], Kristen [Bell], Josh [Gad], myself, we have real love for each other and the creatives. They put a lot of their personal heart and soul and stories into the movie, so it feels like family and it feels like an exciting, cool, fun thing to be a Disney Legend as well.”