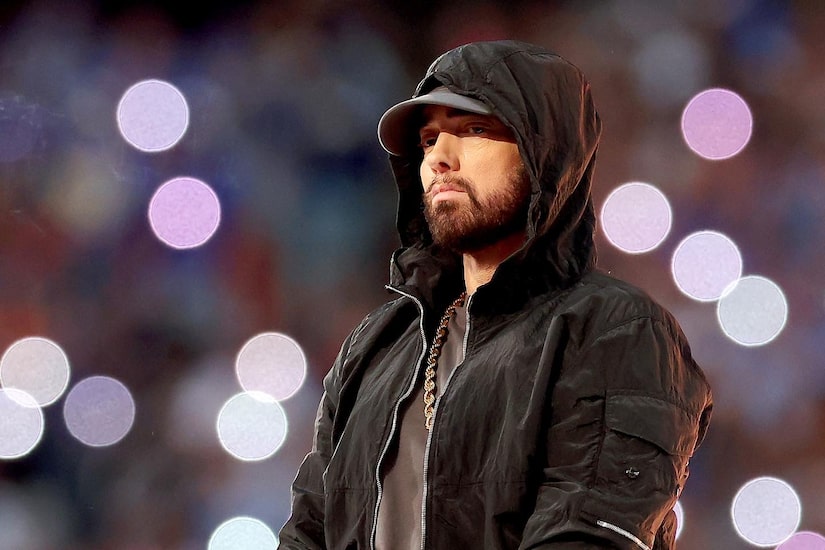 Rapper Eminem is opening up on his 2007 near-fatal overdose!

During an appearance on the “Paul Pod” podcast, he discussed his recovery and the making of his album “Relapse.”

He told his manager Paul Rosenberg, “I remember when I first got sober and all the sh*t was out of my system, I remember just being, like, really happy and everything was f**king new to me again. It was the first album and the first time that I had fun recording in a long time."

“It was like the first time I started having fun with music again, and re-learning how to rap. You remember that whole process," Eminem noted. "It took a long time for my brain to start working again."

During the recording of “Relapse,” Eminem revealed that he was taking “75-80 valium a night” to deal with withdrawal symptoms after the overdose.

Following the overdose, Paul was concerned about possible brain damage that Eminem may have suffered.

Eminem commented, “Didn't you ask the doctors when I started recording new sh*t, when I first started rapping again, and sent it to you, didn't you say, 'I just wanted to make sure he didn't have brain damage?'"

Rosenberg confirmed that he was worried that Eminem suffered “permanent problems,” especially after an unreleased song “Detroit Basketball” leaked. The song was produced at the beginning of his recovery.

Paul shared, “Nobody was pushing you, you were just finding your way and doing it slowly, but a record that leaked out, that 'Detroit Basketball' record, it wasn't good.”

Eminem didn’t argue with Paul’s assessment, saying, “It was f**king weird, because as my brain was turning back on, I started going over lines like, 'Wait, that's not good.' If you remember, I don't know which version leaked, but if you remember, there were like, 20 versions of that sh*t.”

Paul pointed out that it only took “five or six months total” for Eminem to get back into a rhythm again.

Over 10 years ago, Eminem discussed his addiction to pills, telling The New York Times, “Vicodin, Valium and Ambien, and toward the end, which caused my overdose, methadone. I didn’t know it was methadone. I used to get pills wherever I could. I was just taking anything that anybody was giving to me."