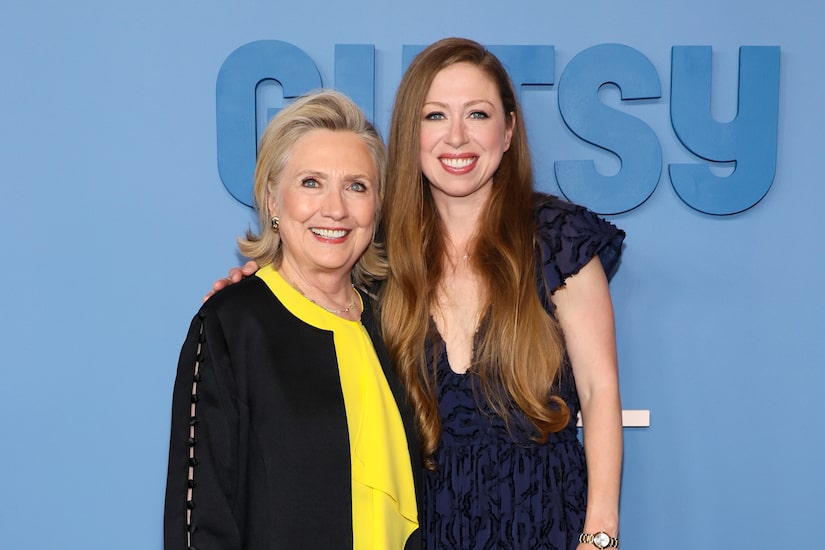 “Extra’s” Rachel Lindsay spoke to Hillary and Chelsea Clinton on the red carpet for their new docuseries “Gutsy,” based on their New York Times bestseller “The Book of Gutsy Women.”

Hillary reflected on the legacy of Queen Elizabeth II, saying, “Think about the life that she led, which spanned the last 96 years, 70 of which were on the throne. Even as a little girl, as a young woman, when she was helping out during World War II, and everything after, I found her to be impressive and admirable, and also fun because I got to spend time with her. She was a great conversationalist. She was interested in a lot of different things.”

“One of the highlights of my public career was spending the night in Buckingham Palace when I was Secretary of State,” Hillary recalled. "I was privileged to know her, but I feel so grateful that her life meant so much to so many.”

Hillary and Chelsea stressed, “Show up.”

They also opened up about the most gutsy moments in their own lives.

Chelsea recalled growing up in the public eye, saying, “That has taken guts at times, especially when I was a kid or a teenager, when I wasn’t quite sure who I was. I had to go into my gut to figure that out and just move forward.”

Chelsea also credited her parents with setting a “gutsy example” for her.

As for Hillary, she noted that staying in her marriage was gutsy because it was “played out in the public.” She also pointed out she was “at peace” with her decision and had “no regrets.”

Hillary also mentioned her decision to run for president years ago as another gutsy move on her part.

As for “Gutsy,” Hillary teased, “What we wanted to do is not only talk with women who are already well-known, but women that you may not have heard of… You are going to get to see that, look, there’s gutsiness in all kinds of ways, in all walks of life.”

Kim Kardashian recently beat Hillary in a legal quiz! She praised the reality star, saying, “I really respected her for going head-to-head with me and doing so well.”

“Gutsy” is streaming on AppleTV+ September 9.