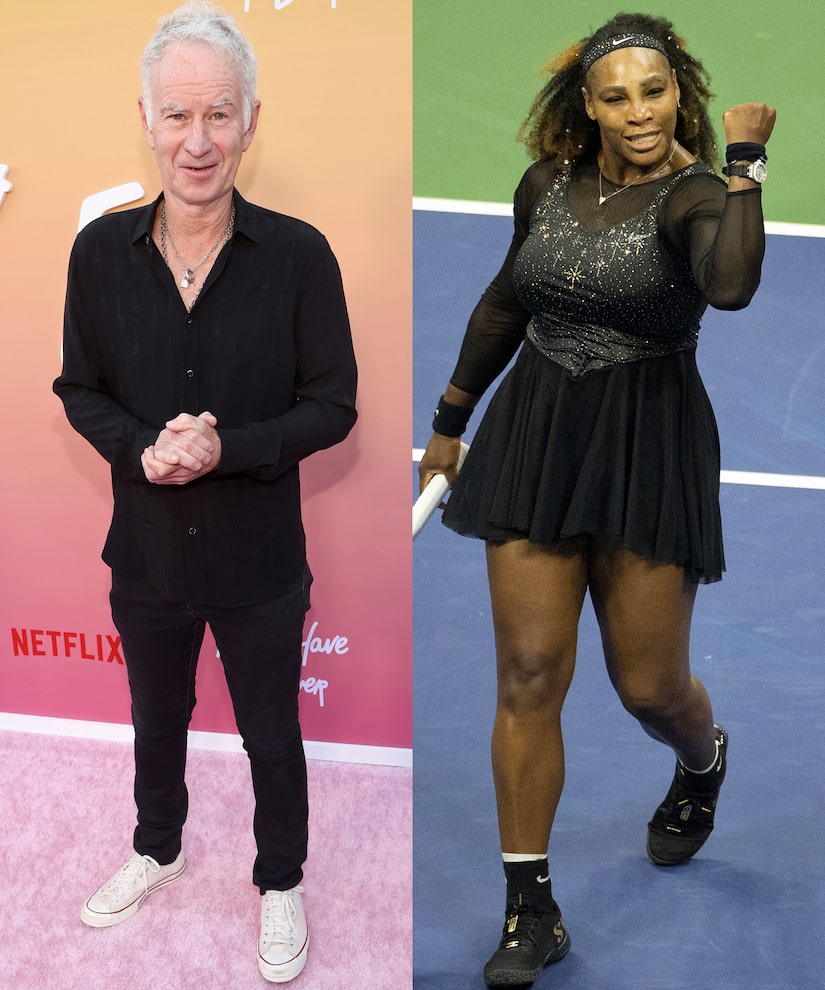 Serena Williams knocked out the world’s No. 2 tennis player Anett Kontaveit at the U.S. Open on Wednesday, and now tennis great John McEnroe is weighing in on what it means for Williams’ plans to retire.

“Extra’s” Billy Bush spoke with John, who provided commentary for the match. He described the Serena he saw on the court yesterday.

“I think she turned back into Serena Williams… the intimidator,” he said, adding, “She hustled her opponent… So we’re thinking, ‘Maybe she can do this, maybe she can win this.’”

Earlier this month, Williams announced her plans to retire. Billy noted that many thought this might be her last tournament. He asked McEnroe, “Do you think she continues on?”

He answered, “To me, she should go out like Joe DiMaggio did way back when, winning the World Series. [He] walked away… It would be very tempting to go out that way if she somehow won this thing, but… she might want to go down to Australia [for the Australian Open] and break the record. Either way, she’s the greatest of all time and arguably, Billy, I gotta say… the greatest athlete male or female of all time.”

McEnroe sees Serena continuing to be an ambassador for tennis in the years to come, saying, “This is a story that comes along once every hundred years… Hopefully she can inspire some young kids to get out there and play.”

Serena will be back on the court on Friday as the U.S. Open continues.

Fans can learn more about John’s own stellar career when his new doc “McEnroe” premieres on Showtime on September 4 at 7 p.m.

“It is a journey for me,” he said, adding he hoped that “people will see a different side of me.”