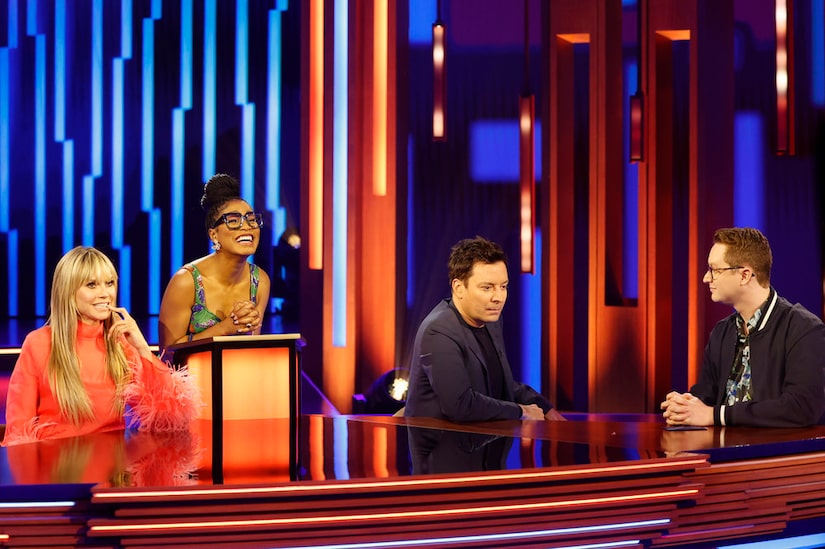 “Password” premieres on NBC this week, and “Extra” has a sneak peek!

In the video, Keke Palmer hosts as the fun unfolds with Heidi Klum and Jimmy Fallon feeding hints to their teammates in hopes they will guess the password.

“Extra’s” Terri Seymour spoke with Heidi a few months ago about her experience on the game show, and the model shared, “It was a lot of fun. It is kind of tricky, because you can look really stupid, really fast… because you are given a word and then you have to explain to your partner this word with another word.”

Speaking of the pressure, she said, “When you sit at home on your couch, you’re like, ‘It is this word, of course!’ but when you are there, and the audience is there and you’re nervous… and Keke is like, ‘Hurry up, hurry up, hurry up…!’ I can’t come up with the right word.”

Klum hinted, “I actually didn’t do so bad in the end, but you just have to watch and see.”