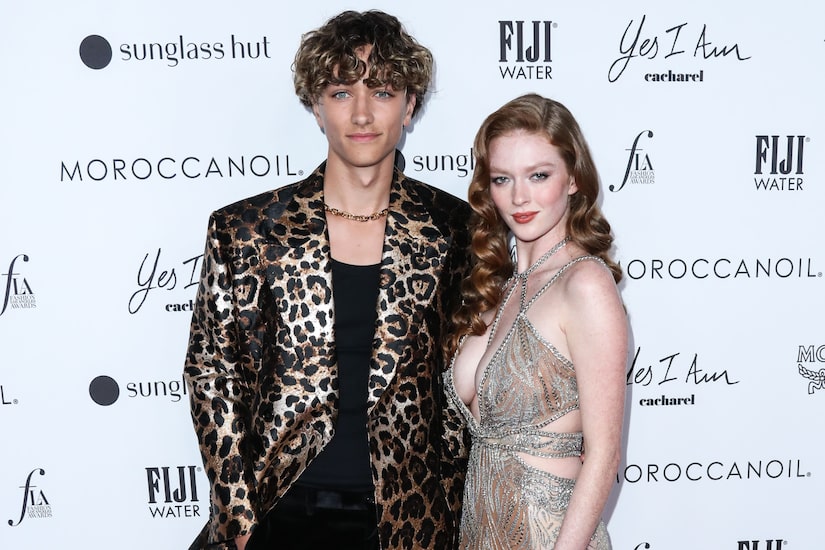 Split rumors are swirling about “The Summer I Turned Pretty” star Gavin Casalegno, 22, and his girlfriend Larsen Thompson, 21.

They haven’t been sharing photos of each other on their respective Instagrams or appearing in TikToks together.

To fuel more rumors, Gavin and Larsen have been vacationing apart this summer, and she was absent from the NYC premiere of “The Summer I Turned Pretty.”

Larsen’s last TikTok with Gavin was from April, the same month they attended the Daily Front Row Fashion Los Angeles Awards. It was the last public event they’ve attended together.

It also appears that Larsen hasn’t liked any of Gavin’s Instagrams since May.

Last month, Gavin discussed their relationship during an interview with Seventeen magazine.

Along with calling himself a “hopeless romantic,” he shared, “I think the craziest gesture was when my current girlfriend had her 16th birthday party and I had only spent like a week with her at that point. I secretly bought a plane ticket out to go surprise her for her 16th.”

“Her parents brought her to some restaurant at Universal Studios and I jumped out of the corner and fake proposed with a Hershey’s kiss,” Gavin went on. “Little did I know her dad was standing right there, and so that was the first time meeting him. It was hilarious. We laugh about it now, but I haven’t found a length that I wouldn’t go to make a romantic gesture.”

Casalegno is currently filming the second season of “The Summer I Turned Pretty.”

The first season had his character Jeremiah romancing Belly, played by Lola Tung.