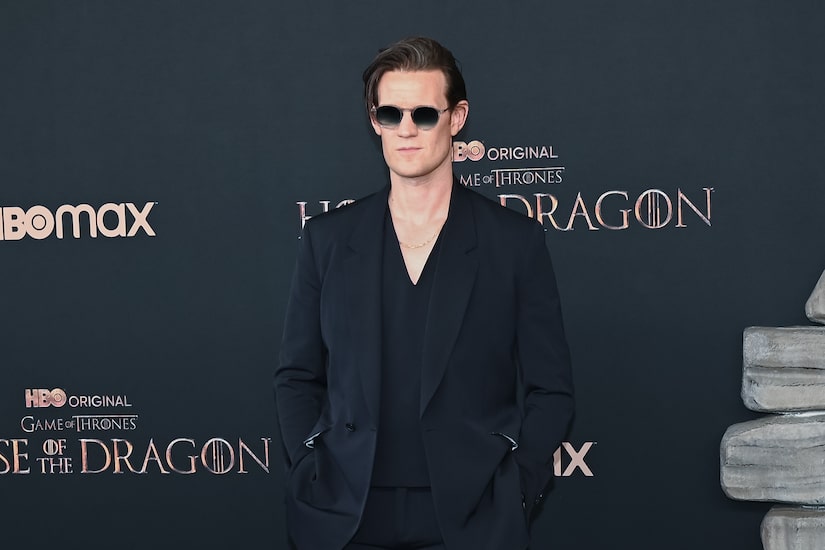 “House of the Dragon” is the prequel to “Game of Thrones” fans have been waiting for!

“Extra’s” Jenn Lahmers was with the cast at the premiere in L.A. to talk about the hotly anticipated $200 million series about a bitter family feud.

The series is set 200 years before “Game of Thrones” and long before the showdown between Jon Snow and Daenerys Targaryen.

Instead, this new series will center on Daenerys’ ancestors, the Targaryen family dynasty that ruled over Westeros for centuries and a vicious family power struggle that’s brewing.

Emma, who plays Princess Rhaenyra Targaryen, joked, “The whole Targaryen family could do a lot of talk therapy.”

Reflecting on the princess’ father, King Viserys Targaryen (Paddy Considine), marrying her friend Alicent Hightower (Cooke) in the show, D’Arcy said, “She loses her best friend and the father in one go, so…”

Olivia shared her take on the marriage, saying, "It's not ideal... it doesn't leave room for a nourishing friendship."

Meanwhile Smith, who plays Prince Daemon, told Jenn about how he got a sword to the face while filming!

He shared, “This was in rehearsal, of all things, and then it chinged me right on the forehead, and I’ve got a right big forehead, so it was a pain in the ass.”

Fabien Frankel, aka Ser Criston Cole, was the culprit of the on-set mishap. He told Lahmers, “I think his sword hit him in the face and then he was bleeding, and then I was like, ‘I killed Matt Smith,’… and I was ready for them to come and be like, ‘You’re out.’”