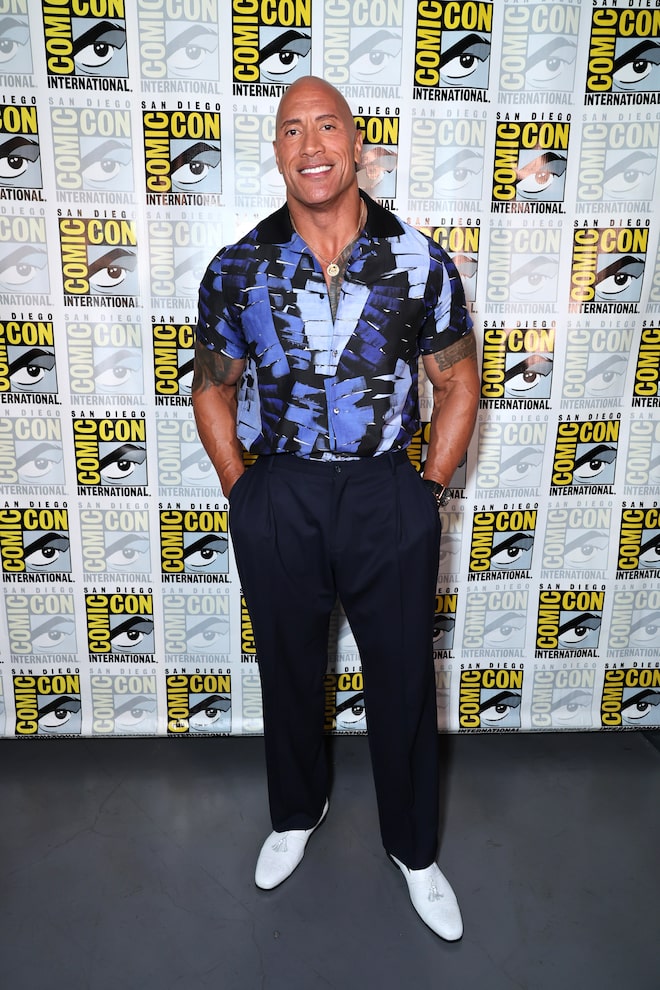 Dwayne "The Rock" Johnson and the cast of “Black Adam” took over Hall H at Comic-Con this weekend, and the star — fully clad as the DC superhero he plays in the upcoming film — wowed the crowd!

Johnson was with “Extra’s” Katie Krause right after the enthusiastically received panel, and he answered a big question: will he grace the stage to host the Oscars next year after recently turning down the Emmys and saying no to the Oscars in the past?

The Rock is leaving the door open!

“I was honored to be asked to host the Oscars as well as the Emmys," he said. "It’s always a scheduling thing — it’s bananas. If I ever do host the Oscars, though, maybe down the line, I would love to just make it a great show, disrupt it a little bit, have fun."

He went on, "But that’s how we operate... We aways got to listen to the audience. The audience will dictate where to go… the audience at home watching.”

Saying he was thrilled by the reaction he got for “Black Adam,” Johnson said, “That crowd reaction… was just insane… It was a dream come true.”

“Black Adam” is also a dream come true for the superstar, who told "Extra," “I feel like I was born to play Black Adam. Working on this for over a decade… It’s a passion project. 'Black Adam' has been with me for a very long time."

Was it always an easy ride? "Certainly not without challenges," he admited. "At times, it was like pushing a rock — no pun intended. We got to a great place, we made a great movie… We also made an ambitious movie… There is no reference before myself, it’s just me and us and here we go… We wanted to create a movie, hopefully, that you can create a little shift in the DC Universe and usher in a new era of anti-hero." 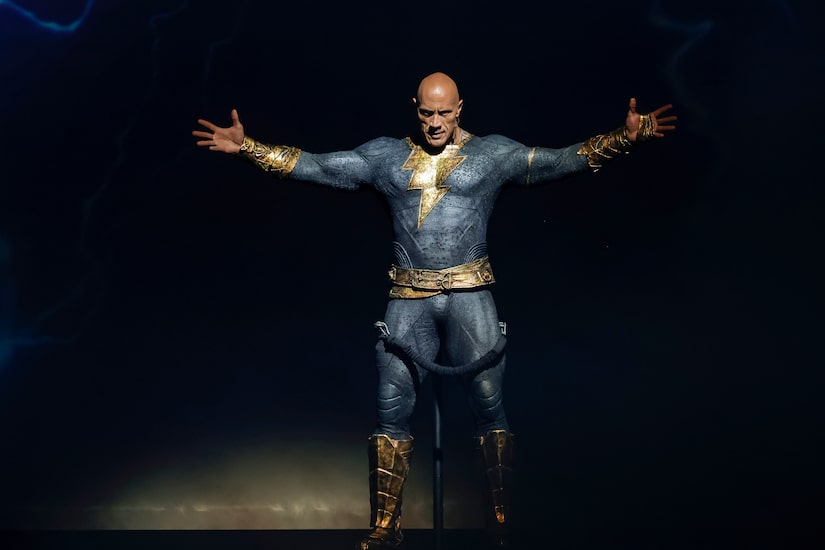 And of course we couldn’t let him go without asking about the tortilla challenge video that went viral with himself and Kevin Hart!

“There’s got to be a part two," he insisted, "a rematch with me and Kevin… He doesn’t want a part two because he did such a great job — he slapped the hell out of me.”

Breaking some news about that hysterically funny video, he went on to say, “He secretly wet them.” Smiling, The Rock gave it up to Kevin, offering this advice: “If you guys play a tortilla challenge, wet them secretly.” 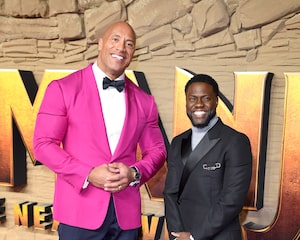 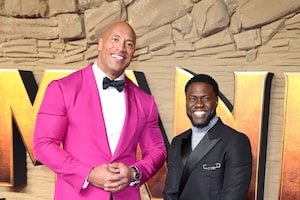 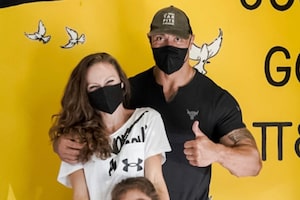