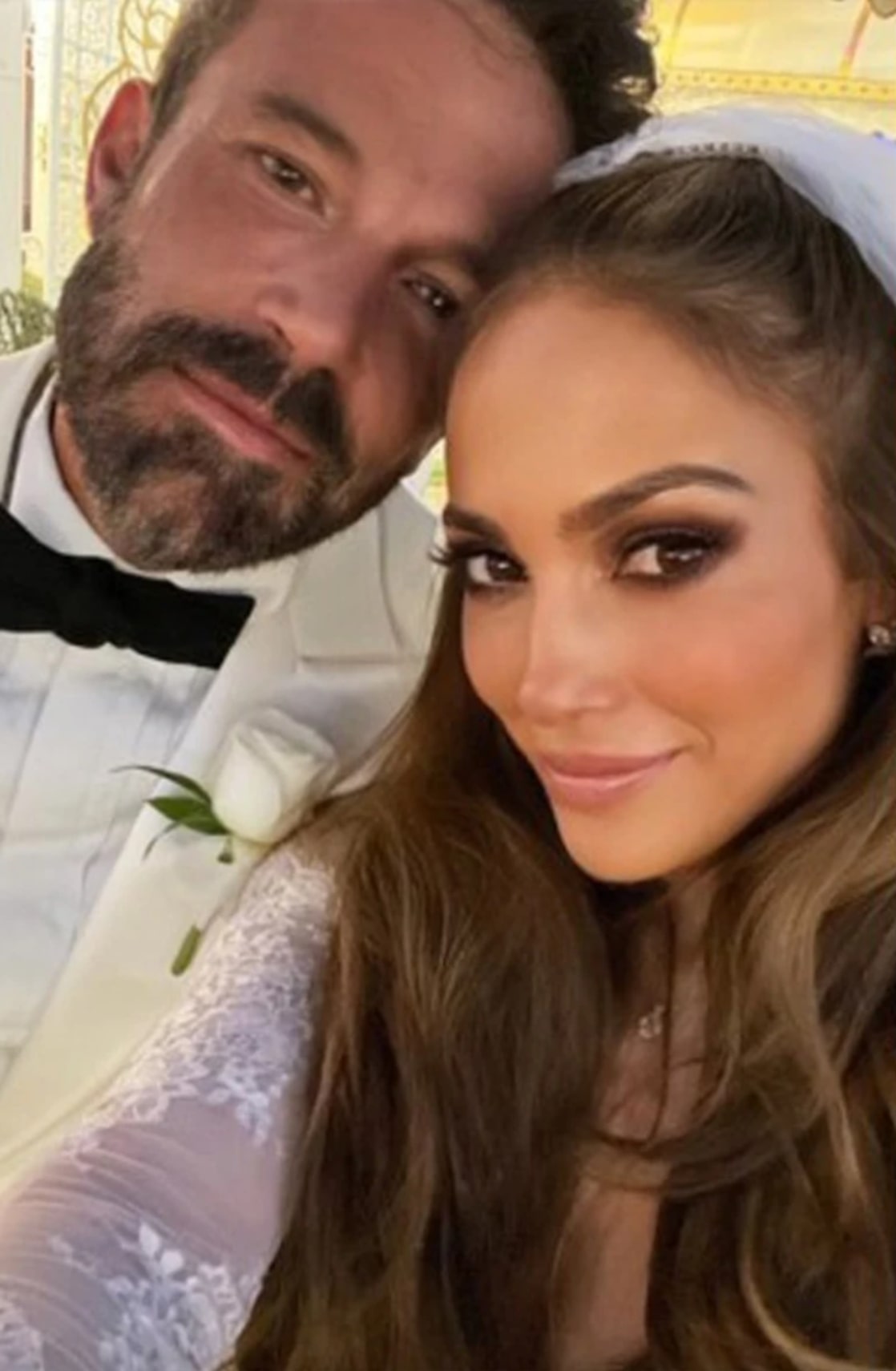 “Extra’s” Billy Bush spoke to the man who married the couple, Pastor Ryan Wolfe of the Little White Wedding Chapel.

When asked about Bennifer’s wedding, Wolfe shared, “Man, I tell you, it was a crazy night… We weren’t expecting it at all… We’re closing and out comes this beautiful couple… At first, I didn’t even recognize who they were.”

After the pair pulled up in a Cadillac Escalade, they asked Wolfe, “Y’all have time to do one more?” He responded, “Let’s do it!”

According to Wolfe, Jennifer’s child Emme was there to help her with her train as she walked down the aisle. Ben’s son Samuel was also there to take video and photos.

Wolfe dished, “The two kids that were there, they were so excited. They were so thrilled after the ceremony. They were, like, jumping around almost, like, hugging each other.”

As for Ben and Jen’s wedding kiss, Wolfe quipped, “I gotta learn some stuff from Ben… His form was amazing… They just went in and they had a very passionate, romantic kiss.”

Wolfe was able to witness Jennifer and Ben’s love first-hand, calling it “real.” He explained, “After seeing them together, I can tell you, their love that they have, it is real. It is evident and they absolutely truly care about each other… I really believe they found their soulmates, and I think they’re gonna make it for the long haul.”

Twenty years ago, Jennifer mentioned Las Vegas as a possible wedding destination when she was first engaged to Ben!

During an episode of Carson Daly’s MTV show “TRL,” J.Lo was asked if they were going to get married on a deserted island. She answered, “Vegas. I don’t know what we’re gonna do, but whatever it is… if our families are not there, we’ll both be in a lot of trouble.”

Lopez’s ex-boyfriend Sean “Diddy” Combs recently reacted to her wedding to Ben, telling photogs that he was “of course” happy for her.

The wedding took place just three months after Ben popped the question to Jennifer, who was in a bathtub at the time.

They rekindled their relationship last year after she called it quits with Alex Rodriguez.