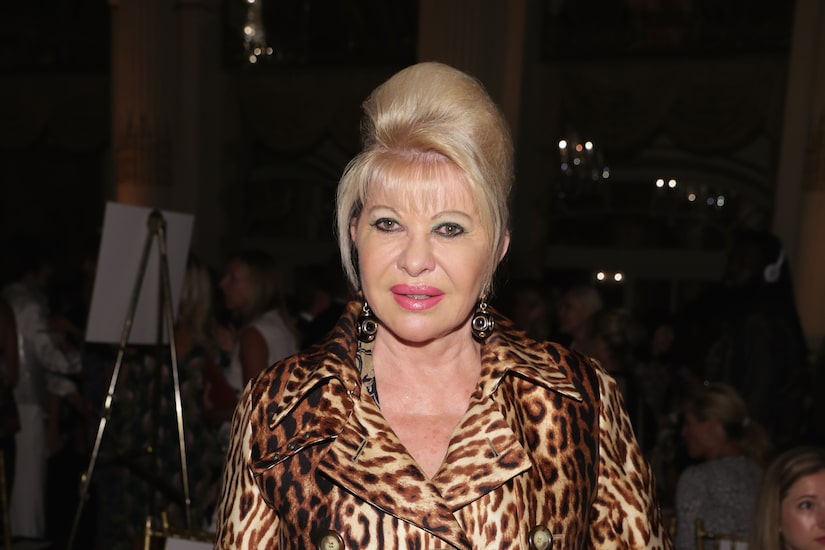 Ivana shared about how different her Manhattan home was in comparison to her Palm Beach and Miami homes, saying, “Each of my homes are totally different. The home in New York is a little bit more formal. Palm Beach is like the colors… it’s on the ocean. Miami is totally modern.”

Days ago, it was revealed that 73-year-old Ivana died from “blunt-impact injuries” to her torso suffered in a fall down the stairs in her Manhattan home.

Her death was listed as an accident.

Trump was found at the bottom of the winding staircase seen at the beginning of our video, in which Ivana can be seen holding onto Jerry Penacoli as they went up the stairs.

“Extra’s” Carlos Greer recently spoke with her close friend, socialite Nikki Haskell, about their friendship, Ivana’s final days, and how she feared her friend would fall down that very staircase.

On Wednesday, Ivana’s funeral was held at St. Vincent Ferrer Roman Catholic Church in New York City. The service was attended by her close friends and family.

Ivana’s three children, Donald Jr., Eric and Ivanka, were joined at the service by their father, her ex-husband, former President Donald Trump.

The former president’s wife Melania and their son Barron were also in attendance.

During the funeral, Eric shared, “She had brains, she had beauty, she was the embodiment of the American dream… She was a force of nature.” “She ruled the three of us [kids] with an iron fist, but also a heart of gold,” Eric added.

As for his last conversation with his mom, Eric said, “The night before she passed, she told me she was going to live to 120 years old.”

Ivanka remembered her mom, telling mourners, “Growing up, my mother didn’t tell me a woman could do anything she wanted to — she showed me. She was a trailblazer to men and women alike.”

She went on, “My mother once told me there was nothing she couldn’t do in heels. She taught us how to spearfish, and then cook what we caught. My mom expanded our minds.”