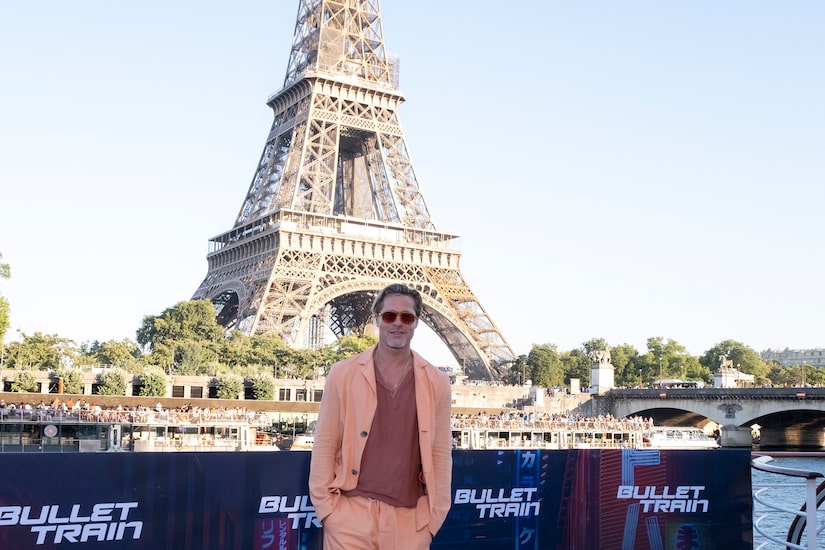 Brad loved Paris so much that he came there “a few days” early.

He was feeling the summer vibes in a Creamsicle orange linen suit for a photo call with his “Bullet Train” co-stars.

Brad said to expect plenty of “hijinks” from the movie, in which he plays an unlucky assassin aboard the world’s fastest train.

Pitt noted that he had read the “funny” script “six months into the lockdown” and felt that it was the “perfect medicine” for people who were going crazy from quarantine.

Of reuniting with the cast, Brad said, “It’s nice to see everyone again because we filmed during COVID. It’s been over a year.”