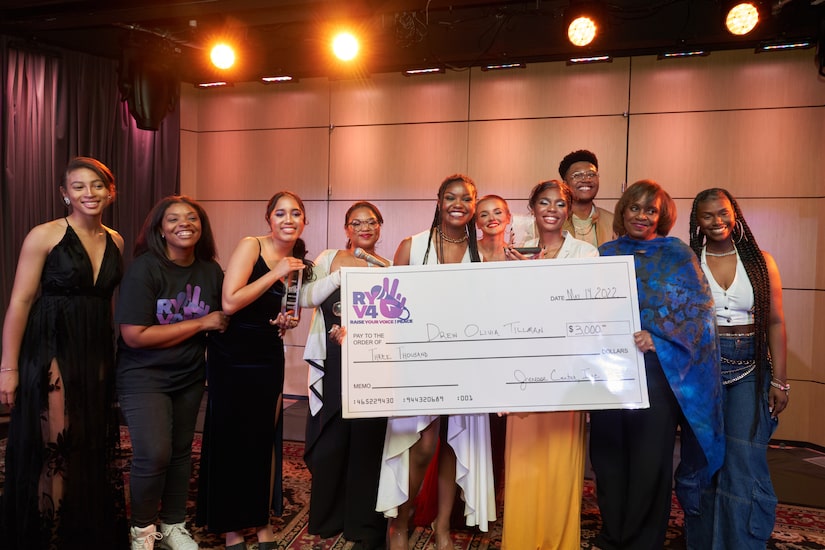 The 13-to-18-year-olds performed songs with positive and uplifting messages, as a panel of judges determined who would receive prizes ranging from $500 to $3,000. Seasoned music insiders Adam Weissler (“Extra” Senior Music Correspondent), LaToya Lee (A&R Executive) and KJ Rose (performance coach for Lil Nas X), among others, judged talent on their skills, presence, and originality.

In addition, the program recognized people who used their influence to inspire youth. Among the honorees were Jennifer Aguillon  (“Extra” Senior Producer), Jildy T (philanthropist, recording artist and co-creator of the event) and Isaac Ryan Brown (actor, Disney’s “Raven’s House”).

Both the Jenesse Center and Jeneration J aim to prevent and end domestic violence through education, outreach programs, social change, and more.

Oscar-winning actress Halle Berry has been a longtime supporter and advocate of the nationally recognized center, which has provided more than 40 years of service to domestic violence survivors. R&B and gospel singer Kelly Price recently joined the organization when it brought together fresh talent and music industry insiders for the Raise Your Voice for Peace competition.