On Friday, Sharapova announced the birth of their son, Theodore, who arrived on July 1.

She captioned the pic, “The most beautiful, challenging, and rewarding gift our little family could ask for.”

Sharapova announced her pregnancy on her 35th birthday!

Along with posting a photo of her growing baby bump, she wrote on Instagram, “Precious beginnings!!! Eating birthday cake for two has always been my specialty.” Sharapova and Gilkes got engaged in December 2020.

At the time, Maria posted a series of pics and videos of herself with the art dealer, writing, “I said yes from the first day we met❤️This was our little secret, wasn’t it 💍🥂@gilkesa.”

Alexander posted a pic of Maria kissing him on the forehead. He captioned the pic, “Thank you for making me a very very happy boy. I look forward to a lifetime of loving you, and learning from you @mariasharapova #💍.” 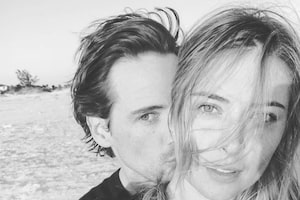 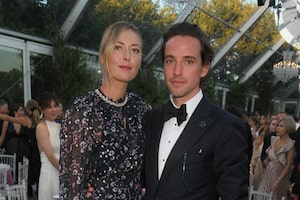 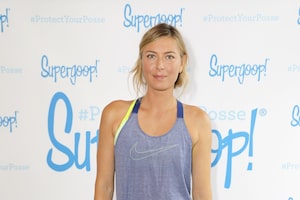 How Maria Sharapova Is Prepping for Her Tennis Comeback