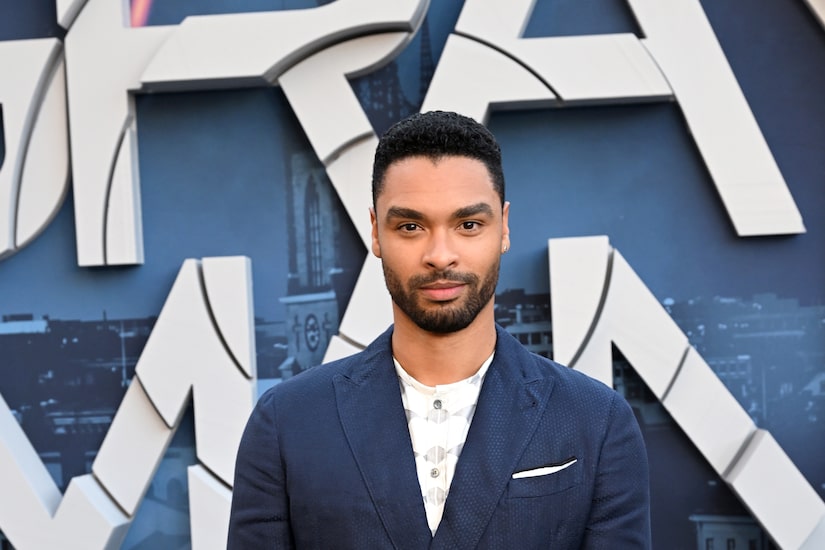 “Bridgerton’s” Regé-Jean Page is playing a villainous CIA boss in the new thriller “The Gray Man”!

“Extra’s” Jenn Lahmers caught up with Page at the movie’s L.A. premiere about how much fun it was to play a bad guy, and about working with Ryan Gosling and Chris Evans.

Page enjoyed playing the villain “so much,” adding, “It is so fun to be unburdened by a conscience, the freedom that you discover… It’s the Bermuda Triangle from Britishness.”

Regé-Jean noted that it was a “no-brainer” to work with the Russo Brothers on the project.

He also noted that he was “working on” getting into Joe Manganiello’s Dungeons & Dragons club.