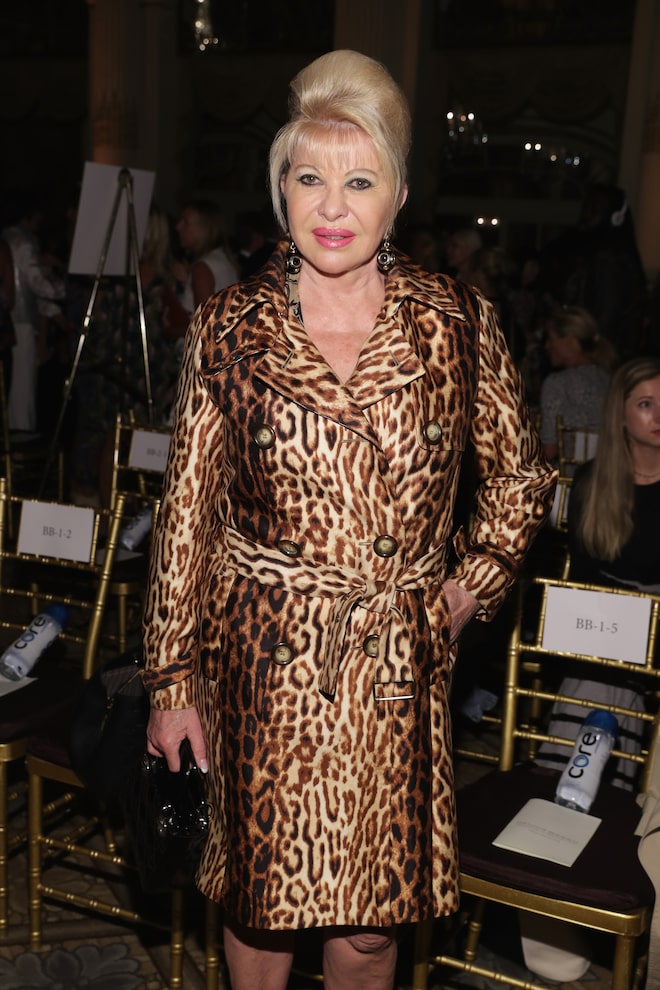 Ivana Trump, the ex-wife of former President Donald Trump, has died at 73.

The family told ABC in a statement, “Ivana Trump was a survivor. She fled from communism and embraced this country. She taught her children about grit and toughness, compassion & determination. She will be dearly missed by her mother, her three children & 10 grandchildren."

According to ABC 7, she died in her Manhattan apartment.

The media outlet says police were called regarding a person in cardiac arrest. Her death is not considered suspicious, and authorities tell ABC 7 she appears to have died from natural causes.

Ivana was a model, businesswoman, and fashion designer. She was married four times, including her marriage to Trump from 1977-1992. Their divorce was tabloid fodder in NYC for months.

Donald Trump reportedly released a statement on Truth Social that said, "I am very saddened to inform all of those that loved her, of which there are many, that Ivana Trump has passed away at her home in New York City. She was a wonderful, beautiful, and amazing woman, who led a great and inspirational life. Her pride and joy were her three children, Donald Jr., Ivanka, and Eric. She was so proud of them, as we were all so proud of her. Rest In Peace, Ivana!"