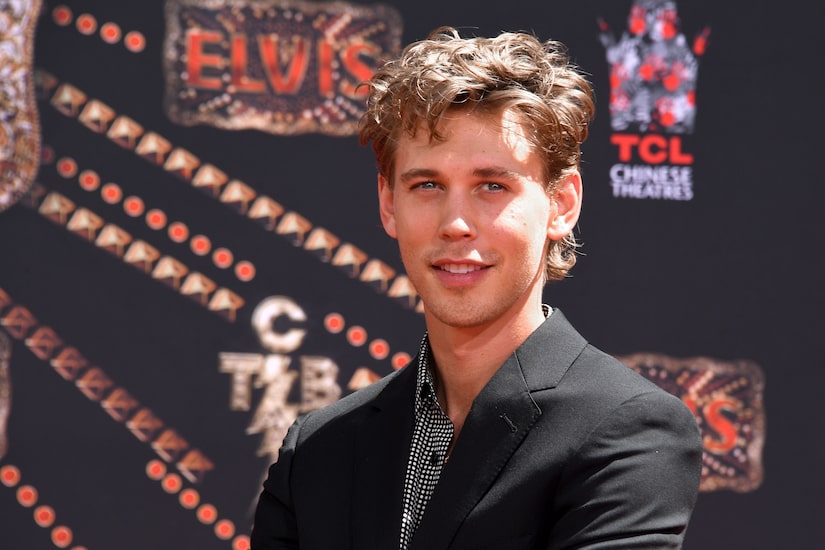 “Elvis” star Austin Butler was on hand as three generations of Presleys — Priscilla Presley, Lisa Marie Presley and Riley Keough — put their handprints and footprints in the cement at the TCL Chinese Theater on Monday to celebrate the new Baz Luhrmann film.

Austin told “Extra’s” Rachel Lindsay that he was “completely speechless” to be part of the historic moment. He added, “I feel really honored. It’s incredible to watch.”

He also spoke about scenes that didn’t quite make the cut for the movie, after Baz recently confirmed that a four-hour cut exits. He recalled, “There were other performances that I had a lot of fun doing, like a performance [of] ‘Never Been to Spain.’”

As for Baz’s comments that he was ready to make the movie when he met Austin, the 30-year-old said, “I just feel so honored… We had the time of our lives getting to do this and I’ve still got to pinch myself.”

Rachel also spoke with Baz about the four-hour cut of the movie. He laughed, admitting that he "regrets" saying that. He added, "No, it is the length it should be... I made this movie for a theater."

When asked if there were any scenes he wish he had left in, Baz commented, "There's all sorts of juicy things. There's a scene in the jungle room where he's rehearsing 'In the Ghetto,' and that's quite beautiful."

Luhrmann stressed the danger of drifting via extraneous material, though, emphasizing, "You have to keep everyone on-point."