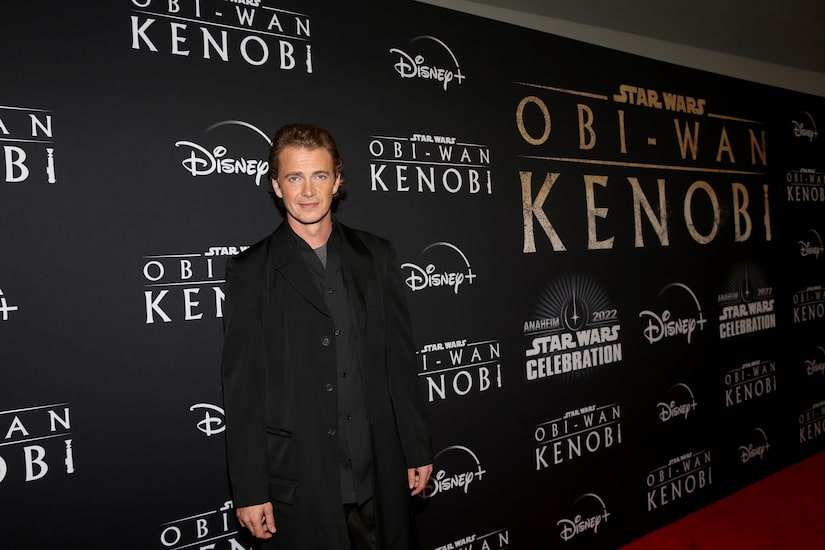 It’s been 17 years since Hayden Christensen’s Anakin Skywalker embraced the dark side as Darth Vader, and now he’s back facing off with Ewan McGregor’s Jedi Knight Obi-Wan!

“Extra’s” Jenn Lahmers spoke with Hayden about the possibility of Vader getting his own spin-off and stepping back into character for the new “Obi-Wan Kenobe” series.

Of a possible Dark Vader spin-off, Christensen commented, “I don’t know about that. I’m not sure what they have in store for this character, but I would love to get to continue with him.”

Christensen noted that the role had “a massive impact” on his life, and being able to reprise it was “incredible.”

As for his character, Christensen teased, “He’s consumed by all of his anger… This is a very sort of dark version of the character.”

Hayden had to bulk up for the role, gaining a “good 25 lbs.” He noted, “ I was trying my best to put on as much weight and size as possible. I was eating as much food as I could, and I got to work out with a great trainer.”

Christensen opened on the challenges with putting on his Darth Vader costume, which was “very heavy.” He said, “It’s very much like a ritual putting the costume on. There’s, like, you know, a team of people that come in with all the different pieces and they kind of assemble it on you, then the helmet goes on.”

Christensen also shot some scenes without the helmet, requiring him to wear prosthetics. Along with being in the makeup chair for a “good four to five hours,” he added, “I'd come in at 4 o’clock in the morning to start the makeup process, and then you spend the rest of the day submerged in water.”