Could there be more babies in Adele's future?

Her boyfriend Rich Paul sounds open to the idea in a new interview with E! News, saying, "As a young dad growing a business, it was pretty tough. But now looking as an older dad, if I was to have more kids, I'm looking forward to being a different dad."

He went on to vow that he'd be a "more patient dad" should the situation arise. 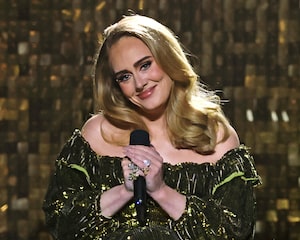 Doubling down on the idea of having more children, the sports agent said, "You know, I have a daughter that's a junior in college so I was a very young dad, but now, different age, different time in my life, different position in my life. I'm really looking forward to being an older dad."

Could a blended family be in his future with Adele? Adele is the mother of 10-year-old Angelo with ex-husband Simon Konecki, while Paul is the father of three children, including Reonna Simone Paul.

Just how serious are Adele and Rich? In February, they sparked engagement rumors when Adele wore a big diamond ring on the BRIT Awards red carpet. But she not only hasn't confirmed anything, she told Graham Norton, "As if I would ever tell anyone if I was or wasn't." 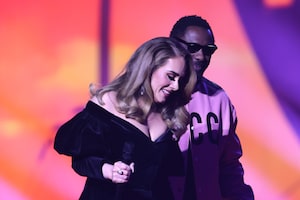