People reports St. John was taken into custody during an FBI raid on his home Thursday in McKinney, Texas.

A federal indictment shared by the U.S. Attorney’s Office Eastern District of Texas reveals the actor, real name Jason Lawrence Geiger, was among 18 people arrested for attempting to defraud the Small Business Administration's Paycheck Protection Program. The indictment “charges the defendants with conspiracy to commit wire fraud.” They each face 20 years in prison.

The program was meant to provide relief funds for businesses, but the indictment alleges two defendants, Michael Hill and Andrew Moran, led “a scheme to defraud lenders.” 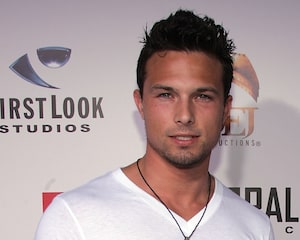 Altogether the group allegedly acquired $3.5 million via 16 loans and used the funds primarily on “personal purchases” and investments in “foreign exchange markets.”

St. John has not commented on the case.