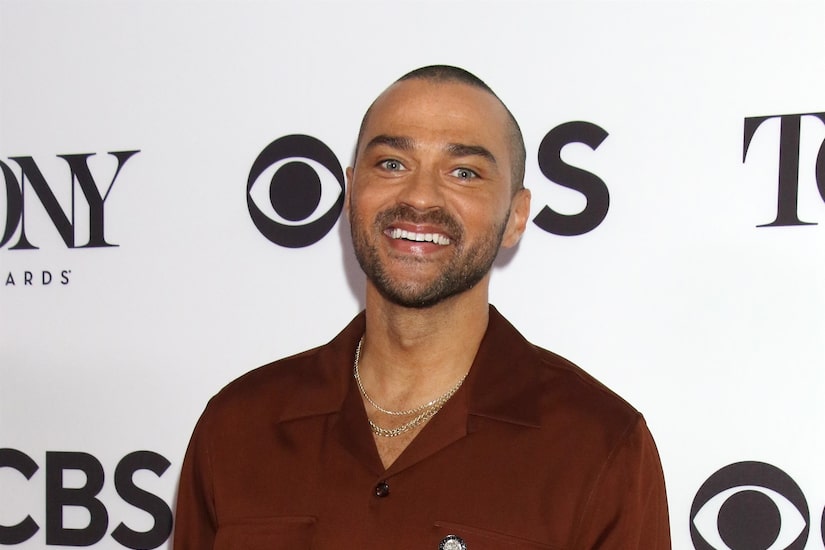 “Extra” caught up with actor Jesse Williams at the 2022 Tony Awards Meet the Nominees press event, where he discussed his return to “Grey’s Anatomy” on the 400th episode.

Jesse teased, “Fans can expect a little look behind the curtain at what’s been happening off-screen since I left. We’re very much — I can tell, particularly Jackson and April — very alive in their hearts, but this, you know, it helps assure them that they still exist out there.”

Williams praised the fans, saying, “The fans of ‘Grey’s’ are absolutely incredible and active and creative and fun. We don’t have jobs or these level of character development without them.”

As for the possibility of a Jackson and April spin-off, Jesse said, “I don’t know.”

Williams also commented on being Tony-nominated for his Broadway debut in “Take Me Out.” He said, “It’s been an incredible week. I’m so honored to be nominated, to be in this company, and, most importantly, I’m really excited about our entire production being nominated for Best Play in the revival category.”

Jesse noted that working on Broadway is “completely new” for him, coming from the TV world. He added, “I’ve never done a three-act play before… I say that only in terms of endurance, you know, it’s a whole different level of utilizing your muscles. Muscles that I didn’t even know I had to think about… a whole new vocabulary and a level of camaraderie and intimacy with your scene partners.”

Williams suggested that people see the show more than once, saying, “It’s a lot to process and it gets better and better… Every single day really feels brand-new, so I am in that stage, the early dating stage, and I’m just looking at it with wonder.”

Jesse was hesitant to take on the role at first. He commented, “The first time this role was presented to me, I was much earlier in my ‘Grey’s’ career. I had very young children, I was living in Los Angeles, I would have had to quit my job to come do this. You know, the nudity was scary, whatever, but I hadn’t even read the play yet at that stage.”

Once Jesse read the script, he was “stuck,” saying, “It’s too good… It checks every box… It addresses an issue, makes us think about us in this contemporary time, about our relationships, and understanding vulnerability and life and friendship.”

Williams admitted that it was a challenge for him, saying, “I am emotionally devastated at the end of every single one of these productions.”

As for how he preps for some of those vulnerable scenes, Williams commented, “I have a meditation practice… say my prayers before every show… Most importantly, I prepare the material, I prepare the work, I study, and I understand the character, understand my relationships and what I want my objective [to be] in every scene… I’ve completely shifted my physical regime.”