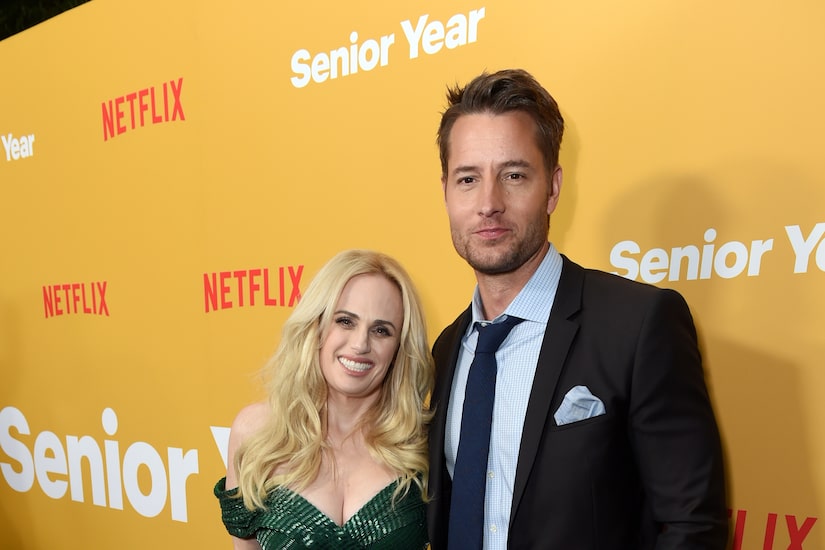 “Extra’s” Katie Krause spoke with Rebel Wilson and Justin Hartley at the premiere of their film “Senior Year.”

In the film, Rebel recreated Britney Spears’ look from her music video “(You Drive Me) Crazy.”

When asked if Britney had viewed the scene yet, Rebel commented, “I don’t know. The only person I care about their review of this film is Britney Spears herself, so, Britney, I hope you check it out this weekend on Netflix and just let me know! Like, hit me up on the DMs… because we really are paying homage to you and we hope you enjoy it.”

Did they get Spears’ permission for the scene? Rebel shared, “I didn’t personally talk to her. It was through her label, but I’m really glad that she agreed that we could do it in the film.”

Mandy Moore’s hit song “Candy” will also be part of the movie. Justin hasn’t told his “This Is Us” co-star, saying, “She’s going to find out.”

Rebel said she had a “blast” shooting the movie in Atlanta. She said, “I got to hang out with Justin, do comedy scenes — it wasn’t even work.”

Justin added, “I showed up for like three weeks or whatever it was and acted like a complete jackass in front of these comedic geniuses and just sort of learned and watched and kind of went to school.”

As for what they would tell their younger selves, Rebel commented, “I would say just don’t stress too much. One of the messages of the film is that high school doesn’t define you and just be your real, authentic self.”

Hartley’s daughter is in her senior year of high school and “graduating in two weeks.”

Justin joked that it is “perfect timing” for her to watch “Senior Year.” Rebel quipped, “We feel so young right now.”

He also teased the series finale of “This Is Us,” saying, “I think you’ll be satisfied. That’s the word I typically use.”