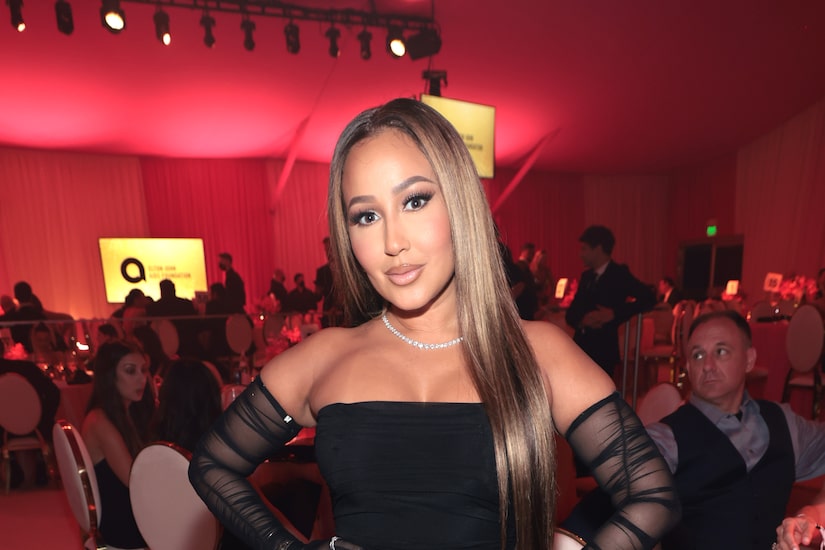 TV personality Adrienne Bailon is all for Kim Kardashian and Pete Davidson’s relationship!

During an appearance on the podcast “Behind the Velvet Rope with David Yontef," Bailon commented, “She seems happy… I'm like, ‘Bravo,’ like, I'm always for someone's happiness. Pete, I've got to be honest, I think he's cute… I am the kind of girl that totally falls for funny. I love a guy with a dope personality. Funny, edgy. I love a guy that's going to encourage me to be who I am and is going to kind of let me let my hair down and have some fun. Like, he seems like he doesn't care. Like, he's not for the Hollywood shenanigans. He's very straightforward… I feel like that energy is just beautiful. So I'm into it.”

Along with saying she’s “happy” for Kim, Bailon shared some relationship advice: “Marry a guy that makes you laugh, marry a guy that you actually like. I was just talking to my friend about this. She's like, 'I don't know. It just seems like love doesn't last.' And I was like, 'Well, the in-love experience may not last — that's going to come and go and there’s going to be waves of that — but marry someone that you actually like, and that you actually love, and that you'd want to be their friend, even if you never got married to them. Like, this is someone you just want in your life forever.'"

Bailon also gave her two cents on Bennifer 2.0. While Adrienne wasn’t initially into the reconciliation, she commented, “I love that she’s happy and, like, what is wrong with someone that just loves love?”

Finally, Adrienne had a message for the trolls who are criticizing Jen and Ben, saying, “I’m like, ‘Oh, stop being mad! Don’t be a hater.’”