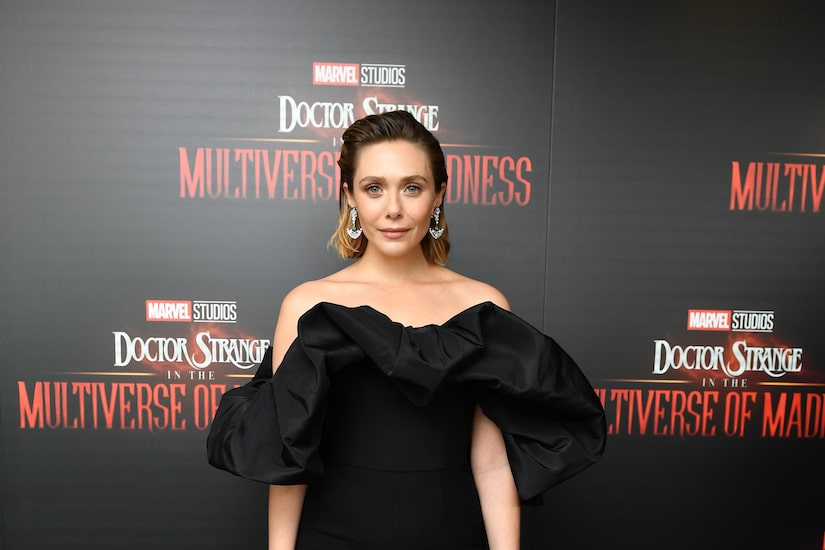 “Extra” spoke with Elizabeth Olsen at the NYC premiere of “Doctor Strange in the Multiverse of Madness” about Wanda's journey as the Scarlet Witch in the new movie — which comes on the heels of the ‘WandaVision’ series — and where she would like to see her character go next.

Olsen said, “We got to do so much with the character, so much with the story and I just wanted to make sure that we continued the evolution into this film and to play things that our fans or the audience haven’t seen her do yet.”

“It’s been an eight-year journey and so I hope we kind of teeter off into something exciting,” Elisabeth added.

As for where she hopes her character goes next, Elizabeth commented, “There’s a couple different versions of what could happen at the end of this film. Mostly, I want to hear what the fans who know her best, what they would like to see from her next.”

When asked how she felt to be in New York for the premiere, she shared, “It makes me nostalgic for living here. It makes me miss the city, it makes me happy that this city is up and thriving on a beautiful sunny day.”

Olsen revealed why she wasn’t planning to watch the film in a public setting, explaining, “I’ve decided that I have a hard time watching films with people for the first time in an audience so I am going to experience it by myself.”

She admitted, "Kevin Feige’s mad at me about that, he thinks I need to see it with people, but I’ve done that for eight years and it freaks me out. I’m testing a new process.”

While Olsen hasn’t seen the movie yet, she described it as a “family film,” adding, “I think it’s fun to be scared, its fun to be manipulated by the way a film tells itself or shows itself to you. I think Sam Raimi’s incredible with timing and playing with his audiences.”

“Doctor Strange in the Multiverse of Madness” is in theaters now!