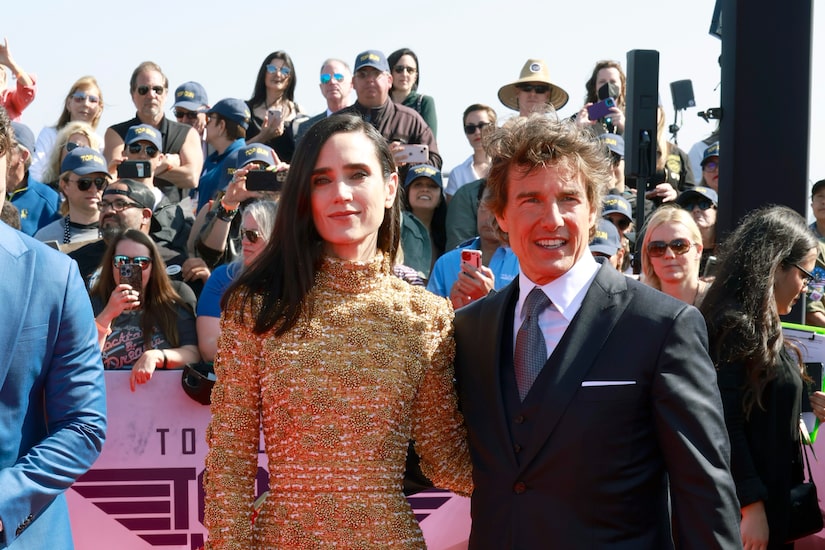 “Extra’s” Rachel Lindsay spoke with Jennifer about the long-awaited sequel, which she promised diehard fans will enjoy.

She said, “I’m really excited that it’s here. I hope all the diehard fans of ‘Top Gun’ really enjoy it and feel how much Tom wanted to make a great sequel for them. I think he really did, and I hope everyone can have a great time at the movie theater and enjoy this.”

Tom helped Jennifer overcome her fear of flying, so could his movie in space be the next frontier for her? She answered, “That’s another conversation… He hasn’t approached me, so it hasn’t come up, but we’ll see.”

As for Tom arriving to the premiere via helicopter, Jennifer said, “I might have heard something… We knew it was going to be spectacular, but I didn’t know it was going be something like that, my goodness, with the music and everything.”