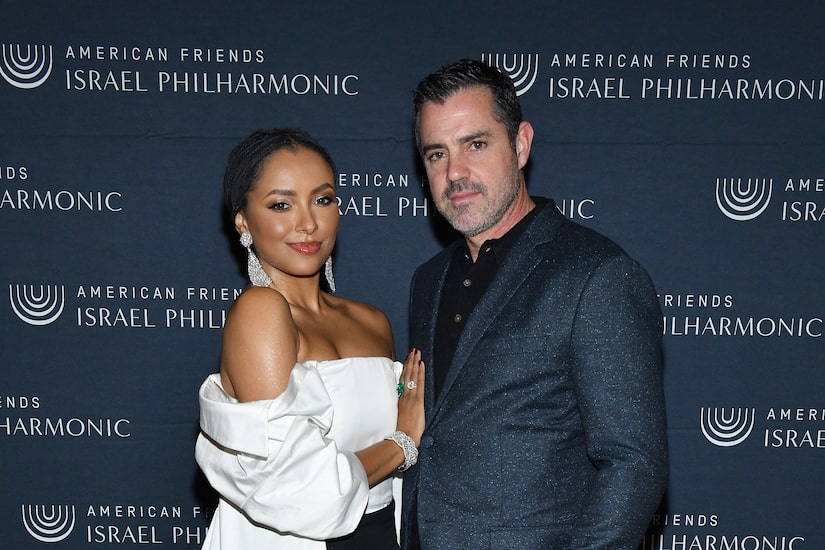 It looks like “The Vampire Diaries” star Kat Graham, 32, and director Darren Genet, 52, are taking the next step in their relationship!

People magazine reports Genet popped the question during his birthday vacation in Mexico.

A source told the outlet, “Kat is madly in love and couldn't be happier."

Kat and Darren have not confirmed the engagement.

Just months ago, the pair made their red-carpet debut at the American Friends of the Israel Philharmonic New York Gala, where they celebrated famed jewelry designer Lorraine Schwartz.

At that time, Kat also shared a kissing pic while they celebrated the holidays. She wrote on Instagram, “Merry Christmas everyone!!!!! Wishing you the most beautiful Christmas, Hanukkah, Kwanzaa! However you celebrate, we hope your days are filled with love and happiness.”

The pair have been together since 2017. He was a director of photography for “The Vampire Diaries” for many years, but they didn’t meet while working on the CW show, according to a source.

Graham was previously engaged to Cottrell Giudry for two years, but they called it quits in 2014.

At the time, a source told E! News, “It's happened a while ago. There wasn't any drama and they are still friends."